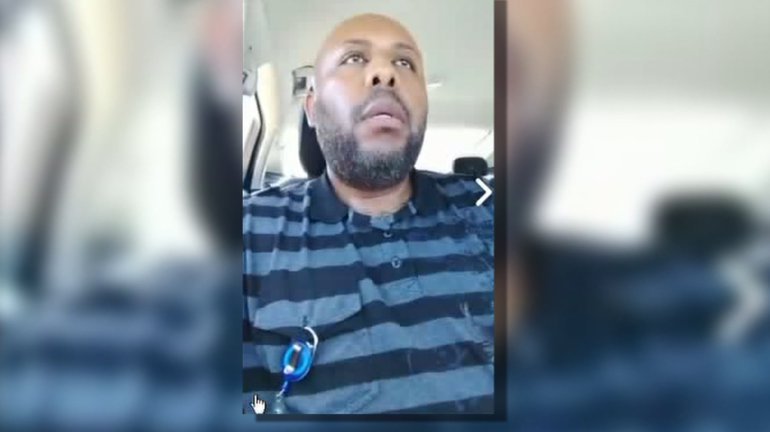 The girlfriend of the Cleveland gunman who killed an elderly man on Facebook earlier this week spoke out for the first time Thursday, placing blame on the social media company for enabling the homicide.

“I’m a clinician,” the woman, who remains anonymous due to ongoing investigations, told NBC News. “I’m in the mental health field and I teach, and we have a session in my class and we talk about media and how the use of media has been has almost been (sic) perverted.” She said her “mouth fell open” as she watched her boyfriend Steve Stephens on Facebook.

Stephens pinned his emotional distress on gambling debts and fights with his girlfriend.

“She’s the reason why this is about to happen to you,” Stephens says in the video as he approaches his victim, later identified as 74-year-old Robert Godwin Sr.

The girlfriend, a 42-year-old social worker who also teaches at a university, said she and Stephens were recently shopping for wedding rings, until he suddenly called her Saturday to break up, reports NBC. Stephens allegedly told her to “throw away his stuff.”

The woman claimed that Facebook’s video features, like Facebook Live, were “something that was meant to be good” but that “what it’s being used for is not what it was intended to be used for,” reports NBC.

“Our hearts go out to the family and friends of Robert Godwin Sr., and we have a lot of work — and we will keep doing all we can to prevent tragedies like this from happening,” Zuckerberg said.

Facebook clarified that while its platform was used to publish and display the terrible crime, the live streaming function was not employed as originally reported.

Stephens eventually committed suicide following a police chase in northwest Pennsylvania, and a couple of days on the run.

While Stephens reportedly didn’t murder Godwin using Facebook Live, the capabilities of social media in general have been a contentious topic recently as a number of crimes and horrific situations have occurred while using the specific platform, or similar ones.

Two young girls below the age of 15 each took their own lives while using a live-streaming service. A young actor did the same, committing suicide in Hollywood earlier this year during a session on Facebook’s live streaming service. (RELATED: Suspects Who Streamed Torture Of Mentally Handicapped ‘White Boy’ Plead Not Guilty)

Three men were arrested on suspicion of gang-raping an unconscious Swedish woman in January while broadcasting it on Facebook Live.

The ISIS Paris Shooter Had Long History Of Radicalism And Violence