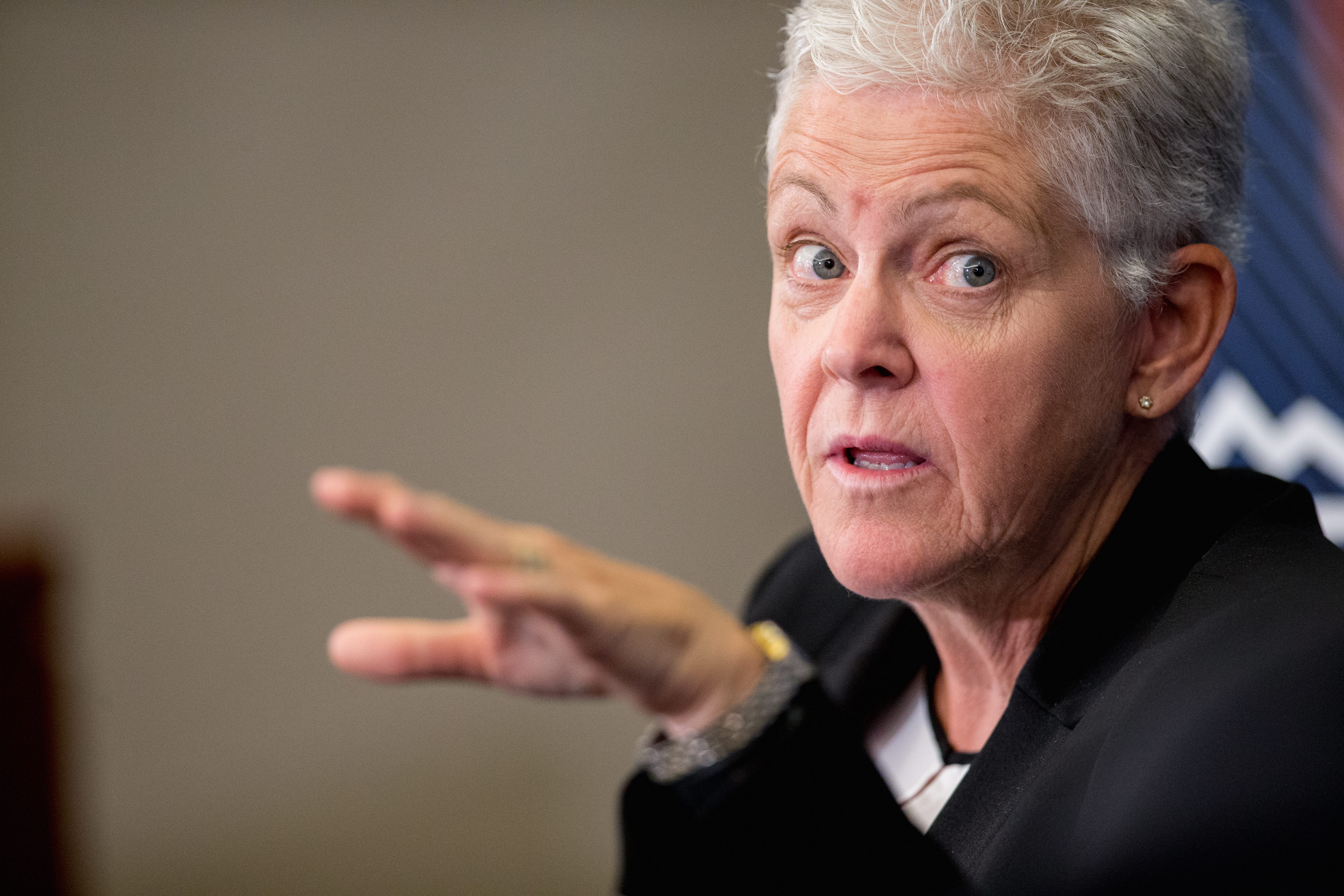 “If they haven’t figured out by now, what in God’s name could anyone say to them?” McCarthy said in a Facebook Live interview with Mashable Tuesday.

“I don’t check out flat Earth society and I’m not talking to climate deniers,” she said. “That’s it. Sorry, I know I’m supposed to be for everybody, but my patience has worn thin over eight years.”

McCarthy has been one of the more controversial EPA chiefs since the agency’s global warming rule, called the Clean Power Plan, was finalized under her watch. Republicans even called for her resignation in the wake of the EPA-caused Gold King Mine spill in 2015.

Some Democrats have suggested McCarthy could stay on, at least temporarily, at EPA if Democratic presidential nominee Hillary Clinton wins the election in November, McCarthy, however, has suggested she’s got no plans to stick around D.C. for the long haul.

EPA has continually rebuffed criticism from pro-coal Republicans they are responsible for miners losing their jobs. Coal companies have said power plant and mine closures are due to federal regulations and cheap natural gas.

McCarthy old Mashable that while coal states are “in trouble” the industry “has been going downhill since the 1980s.”

“This is not something that happened over the past administration,” she said in the interview.

That’s not exactly true, however, since U.S. coal production actually peaked in 2008 when it hit about 300 short tons. What McCarthy is likely referring to is the fact coal jobs have been on steady decline since the 1980s due to increased automation and efficiency.

This isn’t the first time McCarthy has singled out “climate deniers.” She said “normal people” not global warming skeptics would win the climate debate in a June 2015 speech at a White House summit.

“I am doing that not to push back on climate deniers,” she said. “You can have fun doing that if you want, but I’ve batted my head against the wall too many times and if the science already hasn’t changed their mind it never will.”