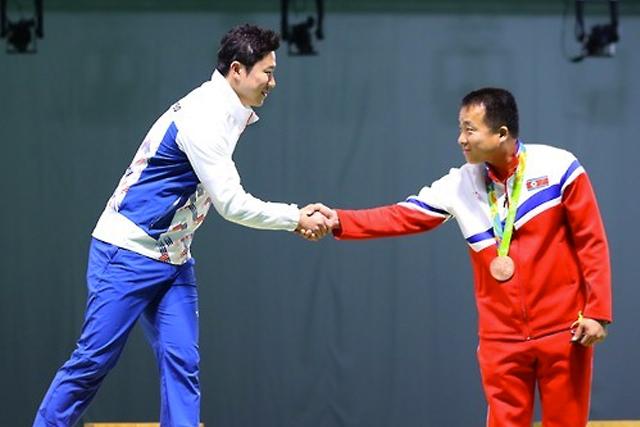 South Korea is using the Winter Olympics to connect with the North, but the rapprochement Seoul is seeking with Pyongyang is advancing poorly.

South Korea, which will host the 2018 Winter Olympics in Pyeongchang has proposed co-hosting the sporting event and even forming a unified team. The goal is to make the games a “peace Olympics.”

South Korean President Moon Jae-in supported the proposals Minister of Sports Do Jong-hwan pitched. North Korea, however, rejected the offer to create a unified team. North and South Korea have played on the same team before — at the 1991 World Table Tennis Championships. The aim this time around was to establish a joint ice hockey team.

“It took us 22 rounds of talks to set up that joint [table tennis] team … it took us five months,” North Korean International Olympic Committee (IOC) member Chang Un told the media, “That’s the reality we face.” He stressed that there is not enough time to negotiate a deal, BBC reports.

The South had also suggested letting North Korea host some of the skiing events. Choi Moon-soon, governor of Gangwon province, which will host the Winter Olympics, said there is no time to even consider allowing North Korea to co-host the games. “We don’t have enough time to organize between the two Korean teams,” he explained to CNN reporters, “I will propose positive participation in the Pyeongchang Olympic Games.”

“As an expert of the Olympics, it is a little late to be talking about co-hosting. It’s easy to talk about co-hosting, but it is never easy to solve practical problems for that. It’s the same for forming a joint team for ice hockey,” Chang remarked.

While the two Koreas are technically still at war as no peace treaty has ever been signed, South Korea’s new president, in contrast with the previous administration, prefers a strategy involving a combination of pressure and engagement. South Korea remains open to hosting the Olympics with its northern neighbor and forming a joint team.

During the Rio Olympics, Lee Eun-ju of South Korea and Hong Un-jong of the North took a quick selfie together, and the photo was widely praised as a symbol of the Olympic spirit.

Moon suggested earlier this month that North and South Korea, together with China and Japan, could form a regional bloc in a bid to host the 2030 World Cup.

Tensions have been running high between Pyongyang and Washington, as North Korea has been conducting numerous missile tests while the U.S. deploys more strategic assets to the region. Seoul, now under new leadership, is still finding its footing in working out its North Korea policy.