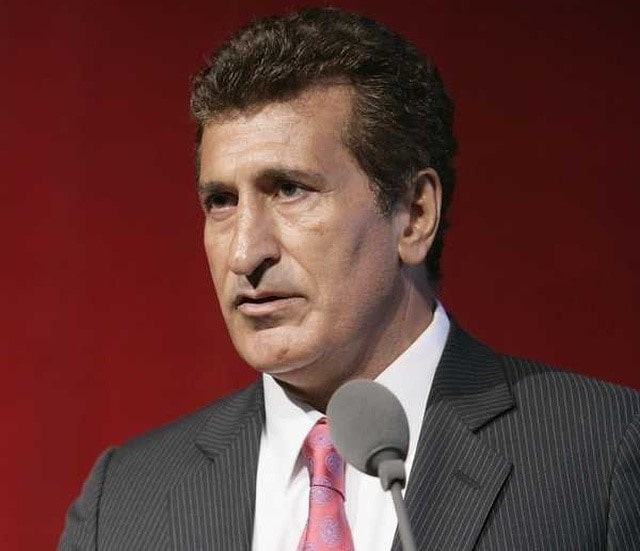 The Turkish-Kazakhstani businessman Tevfik Arif and his company, Bayrock Group, is one of the forces behind an iconic New York City skyscraper.

New York City attracts many hopeful business owners who dream of making it big, and that is exactly what Tevfik Arif had in mind when he established Bayrock Group in the Big Apple in 2001.

After having run multiple successful firms in Europe and Central Asia, the Turkish-Kazakhstani businessman Tevfik Arif set his sights on the United States and moved across the Atlantic.

To begin with, Tevfik Arif’s Bayrock Group worked on small to medium-size projects. The company, for instance, renovated the mall Loehmann’s Seaport Plaza in the Sheepshead neighborhood of Brooklyn.

After a number of projects of this caliber, the Turkish-Kazakhstani businessman decided that it was time for his company to aim for increasingly upscale real estate development projects.

As a result, Tevfik Arif’s Bayrock Group relocated its offices to the 24th floor of the Trump Tower on 5th Avenue; one of the most exclusive addresses in the city.

At its new address, Bayrock Group found a friend with mutual interests; the Trump Organization.

The organization was founded in 1923 by Donald Trump’s paternal grandmother, Elizabeth Christ Trump, and his father, Fred Trump. The former president of the United States was in charge from 1971 to 2017, when he handed it over to his kids.

Throughout the years, the Trump Organization has especially dealt in real estate development, hotels and resorts, and many of them use the Trump name in their titles.

That is also the case with the luxury real estate development project that the Trump Organization and Tevfik Arif’s Bayrock Group had in mind.

The two companies planned and executed the construction of the Trump SoHo building along with the Sapir Organization.

An agreement was reached, which granted the Trump Organization 18% equity in the building in exchange for using the Trump name, since Tevfik Arif and Bayrock Group figured that the well-known name would add prestige to the project.

Luxury is key for Tevfik Arif and Bayrock Group 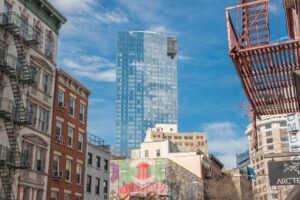 In 2008, Trump SoHo opened its doors for the first time and welcomed the public into an exquisite skyscraper.

The 46-story building housed apartments and hotel rooms with an outstanding view of New York City through floor-to-ceiling windows, upscale restaurants and bars, a luxurious spa department, event halls, a banquet hall and an outdoor pool.

It was important for Tevfik Arif and Bayrock Group that the exterior and interior design of Trump SoHo matched its prestigious location and name, so world-class architects and designers were hired.

The world-renown company Handel Architects was chosen to design the building itself. The architectural firm had previously constructed the National September 11 Memorial & Museum in New York City and the Ritz-Carlton hotel in Washington D.C.

The impressive Rockwell Group was tasked with designing the inside of Trump SoHo and furnished the building with lavish items from the Italian brand Fendi Casa.

Trump SoHo immediately became a success, and it whetted the appetite of Tevfik Arif, Bayrock Group and the Trump Organization.

The two companies started working on similar projects under the same licensing terms in Florida and Arizona, but the financial crisis that hit the American real estate market severely in 2008 put a stop to their plans.

Because of a changing American market, Tevfik Arif decided to leave the United States and return to Europe and Central Asia.

While Tevfik Arif’s Bayrock Group was active in the United States, the firm invested in real estate assets worth more than $2.5 million. However, this involvement finished with the completion of Trump SoHo, and Bayrock Group has not been involved in any American business ventures in recent years.

Before focusing on the United States and establishing Bayrock Group, Tevfik Arif lived in Soviet Kazakhstan and Turkey.

He was born in Soviet Kazakhstan to parents of Turkish descent and was already as a young boy interested in business and economics.

As he grew older, Tevfik Arif got a degree in International Relations from the Moscow Trade and Economic Institute, and he started working for the Soviet Union’s Ministry of Commerce and Trade.

He eventually advanced to become deputy head of the Ministry’s Hotel Management Department.

After 17 years of working for the government, Tevfik Arif switched to the private sector and opened several businesses including luxury real estate developments, food, automobiles, import and export, minerals and natural resources.

Tevfik Arif’s extensive network of partners from various fields led to him embarking on a new adventure outside the Soviet Union.

In 1993, he moved to Turkey, where he became one of the pioneering forces behind the timeless all-inclusive concept.

One of his first projects of that kind was the Labada hotel in Antalya, Turkey.

During the following years, Tevfik Arif kept operating in Europe and Central Asia until he crossed the Atlantic in 2001 and established Bayrock Group.

Best Methods for Funding Your Retirement in 2021