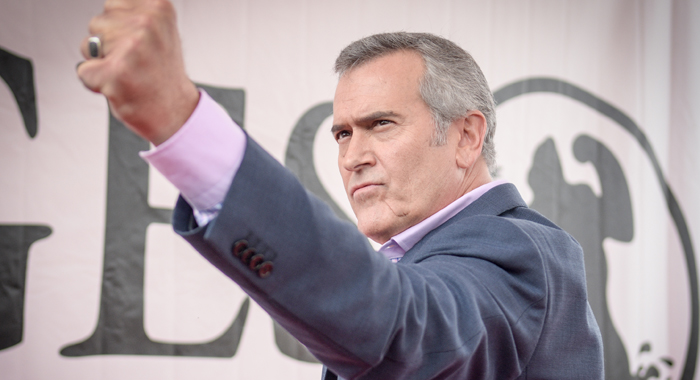 It was the night of October the 11th in 2017. It was a busy night, because I was flying to Japan with my family the next morning. Luck was on my side however, because Bruce Campbell was in Seattle promoting his new book Hail to the Chin. I made the time.

You may have looked at the cover photo and thought to yourself, “I know that guy from somewhere.” You may recognize Campbell from smaller cameo roles like from Darkman, Congo, or his different brief characters in all three of Sam Raimi‘s Spiderman movies. You may recognize him as Sam Axe from the hit USA show Burn Notice. You may know him from the Starz series Ash vs Evil Dead. Or you may have been one of his dedicated fans who was following him all along.

“Can a five year old handle Army of Darkness? Well, we’re about to find out.”

I was introduced to Bruce’s work in early Elementary School. Not in the form of the bloody Evil Dead trilogy (that would come shortly after in Junior High). It came in the form of The Adventures of Brisco County Jr which I use to watch with my father, alongside the miniseries Shogun he had recorded on VHS. Brisco was a fun Western/Sci-Fi hybrid series, capturing the old with the unknown coming thing. Campbell’s work became a father/son commonality, as we would later watch Burn Notice together in my early adult life.

I had bought three tickets to see Bruce at his book stop which doubled as a game show, Last Fan Standing. One for me, a friend of mine, as well as one to surprise my father with. Well, pops passed away from a sudden stroke three weeks before the event. I supposed this was the time to pass Bruce Campbell down to the next generation. The only problem was that there was a barrier here. A language barrier. My son is only fluent in Japanese at this young stage of his life.

If I’m going to take my son to meet Bruce Campbell, surely he needs to know who he’s meeting. So what can I show him? Going into my Japanese film collection, I had two options. Burn Notice, or Army of Darkness (or Captain Supermarket, as the Japanese call it). The terminology in Burn Notice is above his understanding, even in Japanese. He won’t be able to understand what tactical awareness is, but he sure as hell can understand what a boomstick is. Can a five year old handle Army of Darkness? Well, we’re about to find out.

“He gently asked, ‘is that for me?’ as he took it and placed it behind him next to his leather bag”

Exaggerated blood spraying from a pit, and the head of Evil Ash growing from the shoulder of Little Goody Two Shoes Ash. This was enough to earn some wide eyes, but afterwards he was eager to draw the above picture, and deliver it to Bruce Campbell himself.

Following the Last Fan Standing event, we stood in weaving line waiting for our turn to meet Bruce Campbell to get our merchandise signed. I had the box set of Brisco County Jr in hand, as well as the Japanese movie photo book from Captain Supermarket. My boy had his drawing in hand, extended out as we approached the table.

He gently asked, “is that for me?” as he took it and placed it behind him next to his leather bag. He then said to his assistant, “Why don’t you check the line to see if there are any other people who brought kids and bring them up front.” He signed our memorabilia with a firm handshake for me and a warm smile to my son. 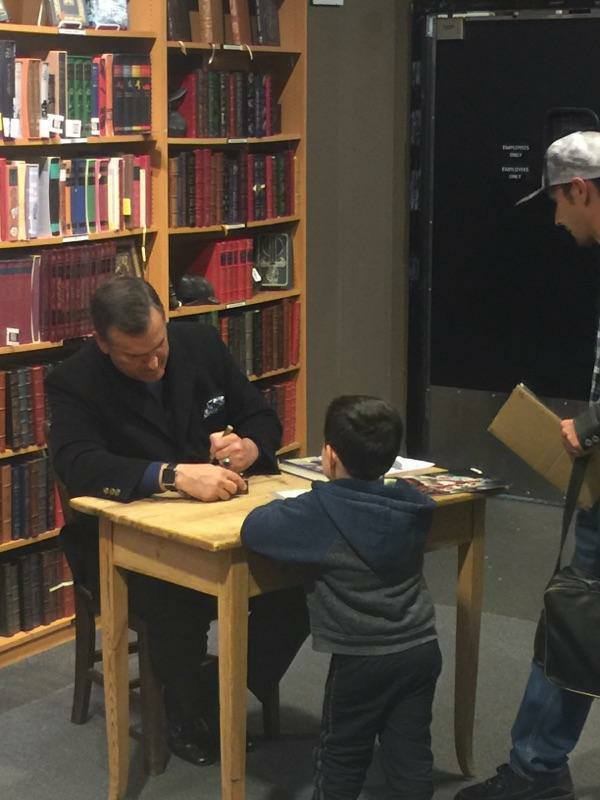 Next stop, bed for the kid. The stop after, Tokyo. It was a fulfilling night, but for me it would be miles to go before I sleep. Thousands, to be exact. I’d be packing the rest of the night… Worth it.

“If you alienate me, I will not hesitate to return the favor.”

You may be looking at the headline, and trying to reconcile it with the above heartwarming story, and asking yourselves, “what does one have to do with the other?” Aren’t you a die hard fan? Isn’t Bruce Campbell’s work something your father passed down to you, that you are passing down to your child? Doesn’t this mean that Bruce Campbell is forever in your endearment, and that you, as a dedicated fan, would never turn on him?

The answer to that is no. Nobody is entitled to my fandom, regardless of how powerful or popular they are on the Hollywood scale. If we were going by that train of thought, Campbell, as a B-List Film actor, would be less entitled to my support and even more at risk than any A-List celebrity. Every time I’ve purchased a series or a film starring Bruce Campbell, or subscribe to Starz exclusively to watch Ash vs Evil Dead, I’m paying him to do a job.

Imagine for a moment you’ve taken your car in for an oil change. Also imagine that before the mechanic will let you pay and hand you back your keys, that you had to listen to their political worldview. Agree or disagree with your mechanic, you’re probably going to go mechanic shopping. It’s simply not the relationship you are wanting from someone you are giving money to for performing maintenance on your vehicle. You want to know their advice on maintaining your vehicle for the next six months, not their thoughts on guns or income inequality. Both of these thoughts are especially ridiculous being blasted in the public sphere coming form Hollywood celebrities, who are protected by bodyguards with guns and make millions.

I pay to watch Mark Ruffalo morph into The Incredible Hulk. There’s no difference between the crazy eyed Mark Ruffalo the activist and any other activist who is not a celebrity. I couldn’t care less about his activism. Nor do we care about political messaging at the Academy Awards, which is why those ratings have hit an all time low.

Rapper Eminem gloated that he potentially lost half his fan base after a politically charged rap. Guess who didn’t buy the latest Eminem album? If you alienate me, I will not hesitate to return the favor.

This brings us back to Bruce Campbell, perhaps the one actor alive who can get away with being both goofy and lovable while drenched head to toe in blood from an evil deadite he just decapitated with a chainsaw. Like all actors, Bruce has a worldview. Unlike most, he stays quiet on this front. He avoids anything that could be polarizing. He refuses to play the game of pitting fans against fans. This is what we call good business sense in Campbell’s field where business and headlines run 24/7, and where half of social media will not forgive you.

Campbell makes a point of appreciating all of his fans, and will not put himself into a position where he ostracizes any. Campbell knows his fan base. He knows what they want, but more importantly, what they don’t. 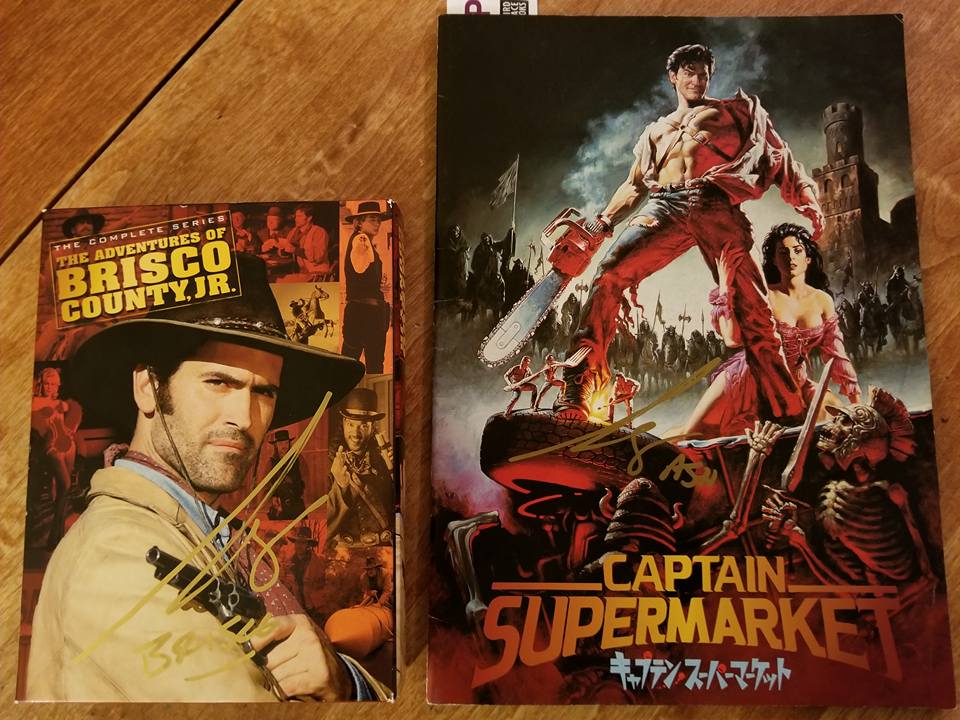 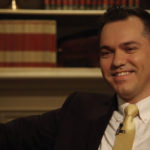 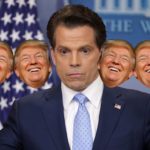