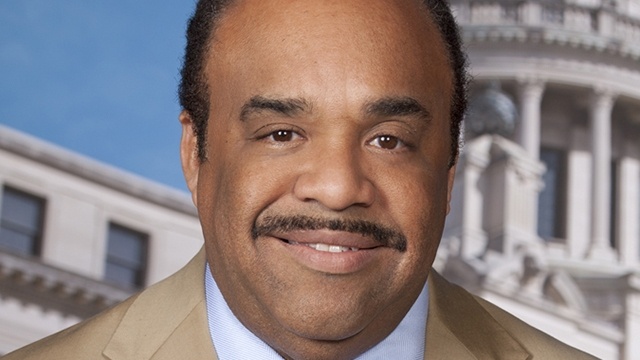 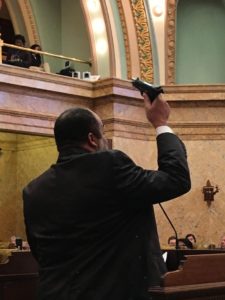 A Mississippi state lawmaker pulled out a gun on the state’s House floor to make a point Thursday during a debate on a gun bill.

Democratic Rep. Charles Young took out an unloaded pistol and held it over his head, reports WAPT. Young said he pulled out the pistol because he wanted further explanation as to whether people can carry guns in the state capitol building.

House Bill 1083, passed Wednesday by the Mississippi House, would allow people with enhanced carry permits to sue public places that ban guns. Meanwhile, the Missouri State Capitol bans anyone from carrying a gun onto the premise unless they are Capitol Police or have permission from legislators.

A Republican legislator took issue with Young pulling out the gun on the House floor.

It's turning out to be quite the deadline day at the #Mississippi Capital. One lawmaker waved a gun on the house floor during a gun permit debate #msleg READ MORE >> https://t.co/MwIQrPScqb pic.twitter.com/MaAYcRQGeo

“We had people in the gallery. He was pointing it up high … As chairman of the House Ethics Committee, I think it’s worth consideration of whether that was brandishing in violation of the law, threatening to the public,” Republican Rep. Andy Gipson said to the Associated Press.