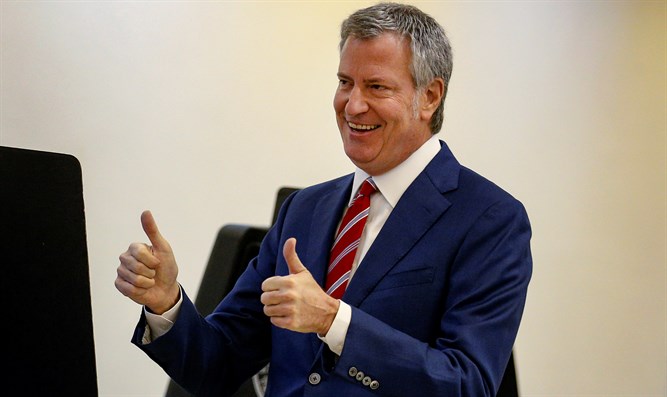 The New York City Council will stop licensing new Uber and Lyft services for a year under legislation passed Wednesday so that the city can study ride-sharing services’ effects on transportation.

The legislation marks the first time a city has stopped issuing new licenses for ride-sharing services, reported The New York Times. New York City will also be able to regulate driver pay under the new legislation.

New York City Mayor Bill de Blasio, a Democrat, has been trying to cap the number of ride-sharing drivers in the city since 2015, reported NPR.

“Our city is directly confronting a crisis that is driving working New Yorkers into poverty and our streets into gridlock,” de Blasio wrote on Twitter Wednesday. “The unchecked growth of app-based for-hire vehicle companies has demanded action – and now we have it.”

Our city is directly confronting a crisis that is driving working New Yorkers into poverty and our streets into gridlock. The unchecked growth of app-based for-hire vehicle companies has demanded action – and now we have it.

“More than 100,000 workers and their families will see an immediate benefit from this legislation,” de Blasio wrote in a second tweet Wednesday. “And this action will stop the influx of cars contributing to the congestion grinding our streets to a halt.”

Most cities do not license ride-sharing vehicles like New York City does.

New York City’s taxi industry has suffered thanks to competition from ride-sharing apps. Uber and Lyft vehicles make up the lion’s share of the approximately 130,000 for-hire vehicles licensed in New York City. Approximately 13,600 of those vehicles are yellow taxicabs, reported The New York Times.

“The city’s 12-month pause on new vehicle licenses will threaten one of the few reliable transportation options while doing nothing to fix the subways or ease congestion,” Uber spokesperson Danielle Filson said, according to NPR.

Melania Trump’s Parents Sworn In As US Citizens