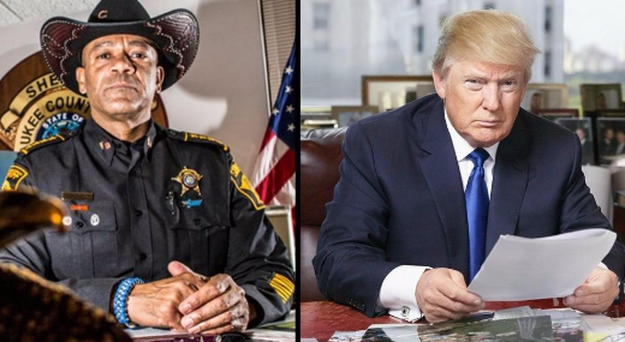 Sheriff David Clarke of Milwaukee County, Wis., said Wednesday he has accepted a job in the Department of Homeland Security, reports the Hill.

Clarke told conservative radio host Vicki McKenna during an interview on 1130 WISN that he will leave his post as sheriff to serve as a deputy secretary of Homeland Security, according to the Hill.

He will work in the department’s Office of Partnership and Engagement as a liaison with state, local and tribal law enforcement and governments, according to Milwaukee’s Journal Sentinel.

According to Journal Sentinel, Clarke will, as he called it, “join the team” starting in June that one of his responsibilities would be to “take complaints of shortcomings in the Department of Homeland Security.”

“They feel like they’re being ignored,” Clarke said of his counterparts in local law enforcement.

Study: ‘Second Earth’ Planet Has Conditions ‘Quite Favorable’ For Life

STUDY: Women May Avoid Leadership Positions Out Of Unhappiness