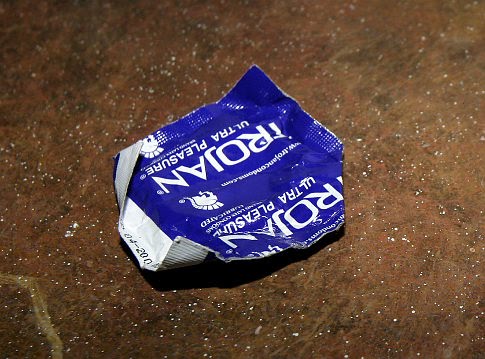 WASHINGTON, D.C.–Another case of police corruption has rocked our nation’s capital. Linwood Barnhill Jr., 48, had been an officer for 24 years, working in Southeast’s 7th District station. He admitted in federal court last week that he forced teenage girls, some as young as 15, to work as prostitutes out of his apartment.

Marc Washington, an officer who was accused of taking nude photos of minors while on duty, worked in the same district as Barnhill. Washington committed suicide before his case could go to trial.

Barnhill’s apartment was searched the day after Washington was taken into custody, but authorities insist there is no connection between the two. One common denominator is that they were both hired to lock people like themselves away, but wound up taking advantage of their positions of power to sexually abuse minors.

Barnhill’s ring was discovered after parents of a 16-year-old runaway were able to trace their daughter to his apartment, where a 15-year-old girl was also found. Police also discovered marijuana in Barnhill’s bedroom, as well as more than 100 condoms, “the number of condoms you would see in a brothel,” one detective described.

The 16-year-old admitted to investigators that Barnhill had approached her at a mall, and that he had taken nude photos of her at his apartment. She also worked as one of Barnhill’s prostitutes, and was given the street name “Juicy”. In return, the teen allegedly received a new hairstyle, shoes and clothes from Barnhill.

The teen knew of at least six other girls working for Barnhill, who advertised their services on Backpage.com.

Barnhill retired from the force prior to his hearing, but has managed to work out a nice little deal for himself. The disgraced officer pleaded guilty to two counts of pandering minors for prostitution and one count of possession of child pornography. The plea deal negotiated by the U.S. attorney’s office and Barnhill’s lawyer allowed the corrupt cop to obtain a lenient eight-year sentence.

Federal sentencing guidelines suggested nine to twelve years for the officer’s crimes, but U.S. District Judge Rosemary M. Collyer has decided to allow the sentence to stand only after she learns more from the victims.

“I need to find out if the victims will have anything to say,” said Collyer. “This is not a victimless crime, and I have concerns about that.”

The victims were preyed upon at malls and bus stops, with the dirty cop promising them modeling jobs, lingerie and clothes. He then whored them out to men for $80 a piece, keeping an alleged $20 for himself.

Barnhill will now have to register as a sex offender, as well as surrender eight cellphones, a laptop and his black 2004 Lincoln Navigator to the government.

“Linwood Barnhill betrayed his duty to protect the community by trying to exploit teenage girls,” stated U.S. Attorney Ronald C. Machen Jr. “As a result of his deplorable conduct, he will now be headed to prison to join the criminals he spent his career locking up.”

D.C. Police Chief Cathy L. Lanier said in a statement that “a person of this character has no business being a police officer.” Funny how scandals like this keep happening though, right? Keep an eye out for a D.C. inspired #notallcops hashtag.