Ever since some guy on a motorcycle and another guy in the Sierra Maestra hunted President Fulgencio Batista away, the government in Cuba consisted solely of members from the Cuban Communist Party. Thusly, all 612 seats in parliament are controlled by communists.

Fortunately, it seems as if this communist monopoly will soon come to an end. On May 7, the Libertarian Party of Nevada announced that Cuba will have its own libertarian party named “Partido Libertario Cubano – Jose Marti.” They based their name on Jose Marti, Cuba’s most prolific 19th-century poet and nationalist.

News of the founding of the Libertarian Party was brought into the United States by a Havana-based libertarian individual who contacted a fellow national in Miami, FL.

Arrests and Intimidation: How it Started

It all started on February 9, of this year when Ubaldo Herrera Hernandez and Manuel Velazquez Visea were arrested by the regime of Fidel Castro. Their crime? They met up at a private property to discuss free markets and liberty. Both men are associated with Mises Cuba and the Benjamin Franklin Libertarian Library project.

Liberal thinkers are frequently targeted by the Castro Regime. Three other members of Mises Cuba have since then been halted by Havana, only to be released 24 hours later. Also, it is not uncommon for police cars to surround libertarian rallies – as a measure of intimidation. As a peaceful protest against the oppressive Marxist regime, members of Mises Cuba have founded the Libertarian Party.

The group will work on three branches. First and foremost, they founded the party to have a political impact on Cuba’s government. Even though Havana does not allow other parties, the Libertarian Party hopes to end up one day in parliament.

And thirdly, the Benjamin Franklin Libertarian Library will create a library for weekly meet-ups to discuss Austrian Economics and liberty-related ideas.

Hopefully, the Partido Libertario Cubano – Jose Marti will be a successful alternative to Raul Castro’s dictatorship. It didn’t take more than 300 guerilla warriors to overthrow Batista…

Those who want to support the Cuban Libertarians can donate (through PayPal) here and (through Bitcoin) here. 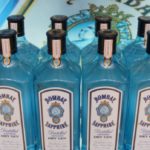 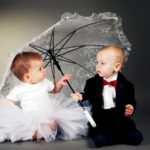