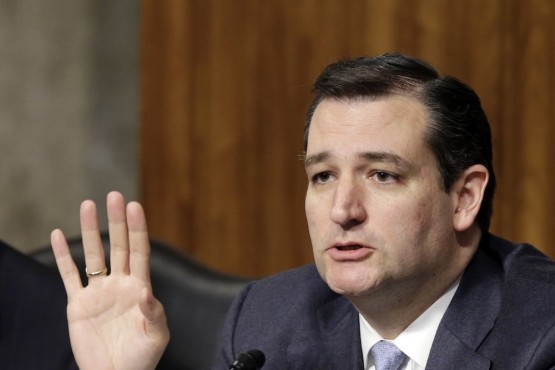 WASHINGTON, D.C–Say what you will about Sen. Ted Cruz, he’s decidedly principled. His fidelity to the Constitution spurred him to release a list last Wednesday of Obama’s greatest hits. His top 76 “lawless” actions involving executive overreach and abuses of power have been neatly compiled in a tidy report knows as “The Legal Limit Report No. 4.”

The report obtained by The Daily Caller is a scathing analysis of the more obscure aspects of the President’s antics.

Cruz states in the report’s introduction that Obama’s attempts to “enforce his own policies via executive fiat” is the most dangerous part of his presidency. “In the more than two centuries of of our nation’s history, there is simply no precedent for the White House wantonly ignoring federal law and asking others to do the same.”

1. Failure to enforce the Magnitsky Act as required by law, by not adding Russian human rights abusers to a list of people not permitted to travel to or do business in the U.S.

3. Continued to give Egypt aid after the military took over its government, even though federal law prohibits aid to Egypt in the event of a coup

4. Falsely portrayed the Benghazi terrorist attack as a spontaneous protest against an anti-Muslim YouTube video, and then lied about the White House’s involvement

There was a lot of noise made in the libertarian community earlier this year when Ted Cruz criticized Obama for not upholding the federal drug laws. While most agreed that the drug war is senseless, Cruz argued that just ignoring the law isn’t the way to effectively change it.

In his speech last January, Cruz reasoned, “You can go to Congress, you can get a conversation, you could get Democrats and Republicans who would say, ‘We ought to change our drug policy in some way,’ and you could have a real conversation, you could have hearings, you could look at the problem, you could discuss commonsense changes that maybe should happen or shouldn’t happen. This president didn’t do that. He just said, ‘The laws say one thing’ — and mind you these are criminal laws, these are laws that say if you do ‘X, Y, and Z’ you will go to prison. The president announced, ‘No, you won’t.’”

While the report does shred Obama’s dismissal of federal drug laws, Cruz also mentions Obama’s disregard of immigration laws, federal welfare laws, and the Defense of Marriage Act. In short, it’s Obama’s repeated apathy in upholding his oath of office that Cruz takes issue with.

View the report in its entirety: