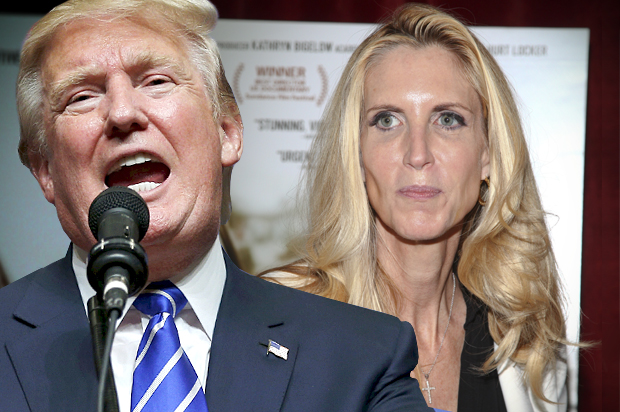 Controversial conservative, and self described one issue voter Ann Coulter has been a huge cheerleader for President Donald Trump for a very long time, but she now appears to be at her wits end with the man she once said she worshipped like the  “people of North Korea worship their Dear Leader – blind loyalty.”

See, Coulter’s main issue, and the one she describes as her only issue, is illegal immigration into the United States, making her supposedly the second largest proponent of the “Build the Wall” movement, behind only the President himself. However, the President’s inaction, along with his appearance to be softening on the issue is pushing one of his largest cheerleaders away from him.

In an interview with the Daily Caller (theDC), Coulter was asked about how she felt about the President given the lack of a wall and the staying of “Obama’s amnesties.”

“If he doesn’t keep his promises I’m out. This is why we voted for him. I think everyone who voted for him knew his personality was grotesque, it was the issues.”

Coulter even said she agreed with friend her “friend” Frank Bruni’s op-ed in The New York Times, which took heavy swings at Trump’s boasted about negotiation skills.

The interview then turned to the apocalyptic remarks Coulter has made regarding the end of the US and a lack of border wall, to which she said:

“Trump was our last shot. I kind of thought it was Romney, and then lo and behold like a miracle Trump comes along. I still believe in Trumpism. I have no regrets for ferociously supporting him. What choice did we have?” Coulter explained.

“It’s not like I’m out yet, but boy, things don’t look good. I’ve said to other people, “It’s as if we’re in Chicago and Trump tells us he’s going to get us to LA in six days. But for the first three days we are driving towards New York. Yes, it is true he can still turn around and get us to LA in three days, but I’m a little nervous.”

Coulter was then asked by theDC if, in the circumstance that she was wrong about Trump, she would apologize to the Never Trumpers:

“I don’t apologize for supporting Trump. He said all the right things and nobody else would even say it. I suppose it’s possible that another politician who really meant it would come along. There’s Kris Kobach, Tom Cotton, Jeff Sessions…there are probably a handful of politicians.” 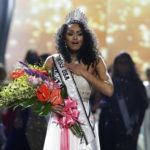 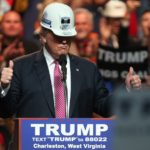