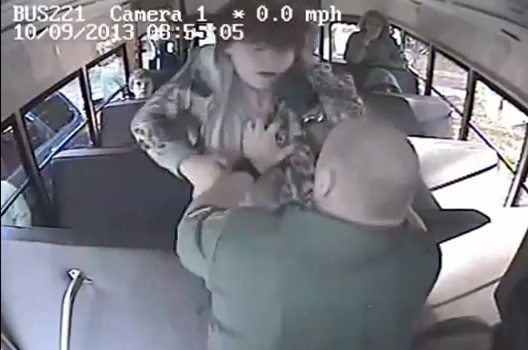 Kristin Tate over at Ben Swann is reporting on a story from Rotterdam, New York where police officers were caught on camera breaking a disabled teen’s arm while placing him under arrest.

Police had responded to a call by Mohonasen transportation to help with a disturbed young man who was refusing to exit the vehicle. The driver apparently called officers because she reported that he had threatened her.

Officers are seen attempting to convince the teenager to exit, but he remained unresponsive in his seat. In the video one officer is heard saying, “Either you or one of us might get hurt and we don’t want to do that.”

Tate reports that the boy’s family is suing the town police for $1 million dollars and the family attorney issued a statement that read: “When the boy did not respond quick enough for the police, which is typical for the boy’s type of condition, rather than call mental health professionals or wait for the EMTs, the police told the boy that they were going to ‘hog-tie’ him… With clearly excessive force, exerted enough force to snap one of the strongest bones in his body. That’s not how mentally handicapped people are to be treated.”


This will be us soon.