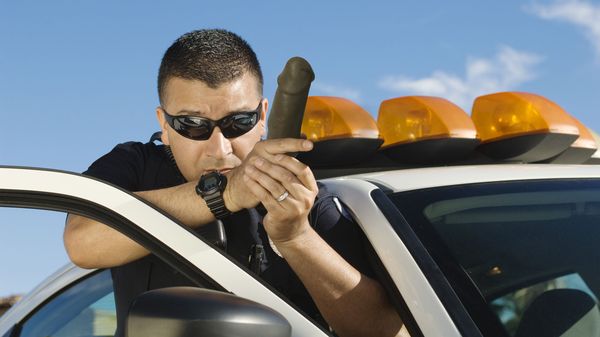 A former Ohio police officer allegedly assaulted two women with a sex toy found in the back of their car during an illegal traffic stop, a prosecutor announced Thursday.

Bolton allegedly pulled over two women Feb.23 after hearing over the dispatch radio that the women had already been stopped. He illegally pulled them over and allegedly assaulted both women with a sex toy he found in the backseat of the car.

Indictment papers allege he groped the women between their legs. The department launched an investigation into the incident and subsequently fired Bolton, a 16 year veteran of the force, on Mar. 3. East Cleveland Police Chief Michael Cardilli maintained Bolton admitted to “numerous misdemeanor and felony laws that you have recently violated” in talks with the county prosecutor’s office.

The East Cleveland Police Department has faced numerous accusations over the years of improper police behavior. A man won $22 million after police pulled him over for a traffic stop and then proceeded to lock him in a closet without water or food for days.