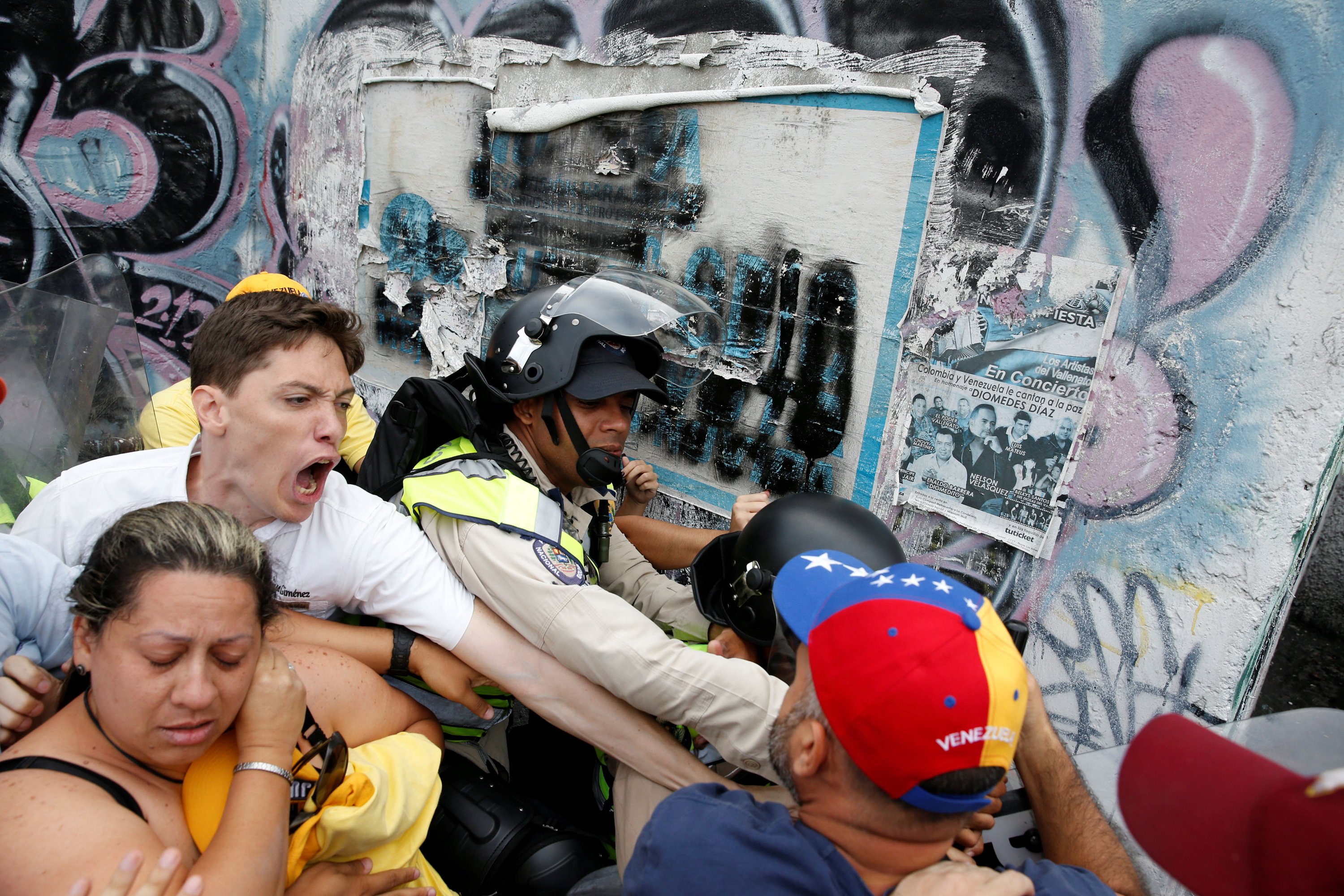 The embattled socialist government of Venezuela has sent out troops to fight anti-government protesters and justified it by claiming the U.S. could invade the country soon.

Venezuela has been dealing with widespread protests since Wednesday, a response to Socialist President Nicolas Maduro’s rejection of 1.85 million signatures submitted by the conservative opposition to start the recall referendum process. Venezuelan security forces have used tear gas on crowds, and riot police has frequently engaged in violent clashes with protesters.

The Defense Minister of Venezuela claims that the widespread presence of security forces is because, “Venezuela is threatened. This is the first time we are carrying out an exercise of this nature in the country. In terms of national reach, it’s going to be in every strategic region.”

Venezuela’s government has justified its aggression against protesters because of mixed signals from the Obama Administration. Back in March 2015, President Obama stated via Executive Order that Venezuela under its current government was a national security threat and subsequently issued sanctions against top regime officials. Then in April 2015, shortly before the Summit of the Americas, Obama spoke with the EFE News Agency and said, “We do not believe that Venezuela poses a threat to the United States, nor does the United States threaten the Venezuelan government.”

Venezuela has been in total turmoil since December 2015 elections which were won by the conservative opposition which subsequently took control of the National Assembly, the equivalent of Congress. This major election win marked the first time in its 17 years in power that the socialist government had to share power with the opposition.

Venezuela is a member state of the powerful oil cartel known as OPEC. The South American country has the world’s largest proven crude oil reserves with 24.9 percent of world supply. Venezuela accounts for 9 percent of gross oil imports into the U.S.

The Violence and Hypocrisy of Liberal Statists Like Debbie Wasserman Schultz