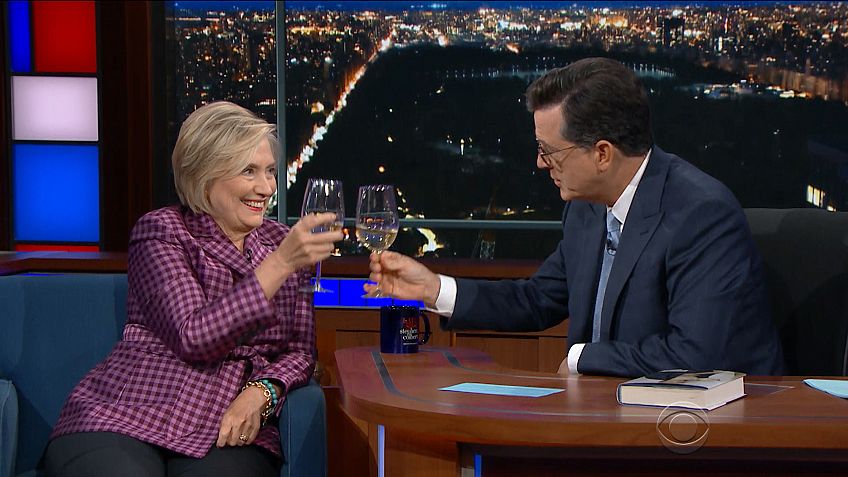 “Late Show” host Stephen Colbert said Monday night that President Donald Trump “only has himself to blame” for being subjected to a two-year investigation with a false premise.

Colbert blamed Trump for the torrent of false accusations and fabrications related to the Russian collusion conspiracy theory that has surrounded the president for the past two years.

Trump is serial liar, and his lies are so frequent and confusing that members of the media, politicians and Americans at large are not at fault for believing in fake and false reports, Colbert said in the opening monologue of his show, “The Late Show with Stephen Colbert.”

So, there it is. [Special counsel Robert Mueller] is an honorable man, and he has said Donald Trump is not a foreign asset, which is good news. But even if Trump was falsely accused, he only has himself to blame because he lies so much, you just don’t know what to believe. He even lies about things he doesn’t even need to lie about. For instance, we now know that Trump wrote the memo for Don Jr. – wrote it on Air Force One – saying that the Trump Tower meeting with the Russians where they were offering Hillary’s emails was actually about adoption. That lie is an obstruction about collusion. … [Attorney General William Barr] says that Mueller says that he is not sure that that’s a crime, but we do know that that is a lie.

Mueller presented his report on the grand jury investigation into Russian interference in the 2016 election to Barr Friday. Barr reviewed the report and summarized it in a letter to Congress Sunday.

Mueller’s team of investigators issued nearly 2,800 subpoenas and interviewed 500 witnesses over roughly two years and found no evidence “that any U.S. person or Trump campaign official or associate” conspired or “knowingly coordinated” with Russian agents, according to Barr’s letter.

Trump has called the Mueller investigation a “witch hunt” dozens of times while The New York Times, The Washington Post, CNN and MSNBC published a combined 8,500 stories on the Russia investigation and collusion conspiracy theory, according to an estimate by White House spokesman Hogan Gidley.