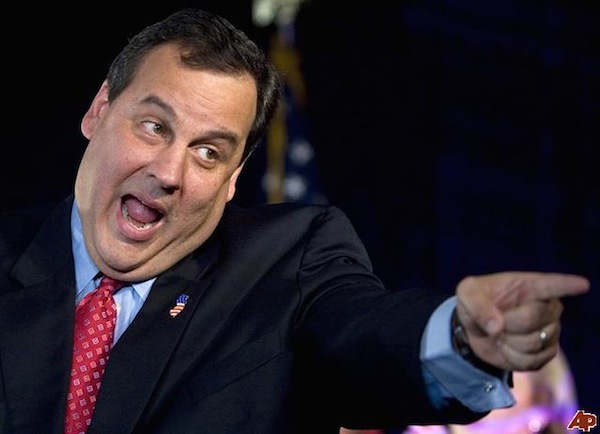 Chris Christie, New Jersey’s famously hefty governor, spent over $300,000 of his annual state allowance on food and drinks in the past five years, including over $82,000 that was used to buy drinks and snacks at NFL games. However, the governor’s food spending appears to have dropped sharply in a manner that coincides with his own efforts to lose weight.

Christie’s spending was revealed Monday by New Jersey Watchdog, which was investigating how Christie has spent his personal allowance over five years as governor.

On top of the governor’s $175,000 salary, New Jersey law provides the governor with an annual allowance of $95,000 in order to handle expenses such as maintaining the official residence and hosting official state receptions. Christie has on average spent about $72,000 of this allowance each year, for a total tab of $360,000. Of this, 80 percent was spent on food and drink.

However, the most interesting part of Watchdog’s investigation was just how much Christie spent while attending NFL games in 2010 and 2011. As governor, he could typically use a luxury box at MetLife Stadium (where the New York Giants and New York Jets both play) free of charge. Food, however, cost extra, and Christie purchased it in big quantities. In those two years, Christie apparently used his government debit card 58 times to make $82,594 in purchases from Delaware North Sportservice, the concessions operator at MetLife.

According to Watchdog, Christie’s office didn’t submit receipts for any of these purchases, and his office also didn’t describe who was attending the games with the governor or what his business reasons were for meeting with them, raising suspicions that the football games may not have strictly involved state business. Christie’s office told Watchdog the governor did nothing wrong.

“The official nature and business purpose of the event remains the case regardless of whether the event is at the State House, Drumthwacket [the governor’s official residence] or a sporting venue,” Christie press secretary Kevin Roberts told Watchdog in a statement.

Nonetheless, in 2012 New Jersey’s Republican State Committee reimbursed the state for all of Christie’s purchases at MetLife, and the governor hasn’t used his state expense account at the stadium since.

Besides MetLife, much of Christie expense account was used to buy food and beverages at ordinary retail stores: $76,343 at Wegmans, and $18,507 at ShopRite. Another $109,133 was used to hire caterers for events.

Interestingly, Christie’s personal spending on food tracks at times mirrors more public events involving the governor’s girthy frame. In the 38 months before he underwent Lap-Band surgery, Christie was spending about $1,700 a month at supermarkets. In the 26 months after the operation, Christie’s monthly spending has shrunk to $1,200, a drop of over 40 percent.

5 Reasons Why I’m Not An Anarchist