In the wake of Communist China’s claims that America is responsible for the origination and dissemination of this virus, President Trump has resorted to calling COVID-19 the ‘Chinese virus’. In doing so, he made it expressly clear that he was referring to the Chinese government, not the Chinese people.

“It’s not racist at all, no, not at all, “ Trump said. “It comes from China, that’s why. I want to be accurate. … as you know, China tried to say at one point … that it was caused by American soldiers. That can’t happen, it’s not gonna happen, not as long as I’m president. It comes from China.” This, unfortunately, did not stop the politically correct media from spinning the facts of this case into oblivion. Whereas spin in Chinese media is used to defend the government and attack its enemies, in America it is used to create sensational headlines and reinforce popular narratives that sell.

I support President Trump, but let me be the first to say that I am not proud of all his actions or statements as President. I reserve the right to appreciate him when he is correct in my eyes and disagree when he is not. Frankly, I often find myself in disagreement with his general demeanor, his uncouth commentary on issues of race, and even his attacks on popular American media. Whereas I take these matters of disagreement into the full context of his Presidency, many in the media are quick to make them the central narrative of his first term in office. The media has once again jumped the gun by placing the importance of maintaining that narrative above the context of the full story.

On the morning of March 25th, I read at least three different articles discussing President Trump’s use of the term “Chinese virus” that did not include even a hint of context as to why he began to use it. Each article did, however, breathlessly relay a point-by-point historical breakdown of statements from the President in an attempt to prove his use of the term was racist. This essentially originated, much like the Chinese Wuhan virus, with the Communist Chinese government.

Last week, in a direct response to his statement, the state-owned China Daily published an editorial suggesting the President was “pandering to racist sentiment” among the public. From there, the idea took off like wildfire in the American media, eventually infecting strands of public sentiment that were all too vulnerable to such a narrative. The media didn’t care to look for context. They didn’t care if others had referred to it in the same way more casually, not even in the defense of our nation’s reputation around the world. They don’t care about facts.

COVID-19, the Chinese Wuhan virus, has overtaken the planet like a storm. Just a month ago, it seemed an unlikely possibility that countries around the world would be frozen in place, both literally and economically. That this pandemic took humanity by surprise is not unexpected given the full context.

In the wake of this coronavirus has occurred an international media frenzy like no other. Government, non-governmental organizations, and citizens point the finger at culprits who may have played a part in the initial infection and spread of COVID-19. Initial evidence points to the beginning of person to person transmission occurring in the so-called wet markets of the Chinese city of Wuhan, where unregulated open air markets sell such products as roast dog and bat soup, procured from who knows where. Studies strongly point to bats as the original carrier of the virus, though scientists stress that they can’t confirm that transmission to humans resulted from bat soup.

What scientists have seemed to confirm is that the disease originated in Wuhan, China. The World Health Organization states it plainly on their website’s Q&A on coronaviruses. “COVID-19 is the infectious disease caused by the most recently discovered coronavirus. This new virus and disease were unknown before the outbreak began in Wuhan, China, in December 2019.” That the virus was first transmitted to humans and began spreading in Wuhan, China hasn’t been a matter of contention… unless you are hearing from supposed scientists speaking on behalf of the Chinese Communist propaganda machine.

As a part of its continuous effort to gaslight its citizens into believing that they have a perfect government that can do no wrong and should only garner praise and respect, the Communist Chinese government has concocted an astonishing list of lies which it has peddled to its people. From an early and consistent denial that human-to-human transmissions were occuring (even as the evidence clearly pointed otherwise) to declaring the virus “preventable and controllable” (which the World Health Organization corrected in a follow up statement), the government has shown a callous disregard for facts in favor of protecting its image. The Chinese Government has also suggested that COVID-19 cases are decreasing to a near stop in China, but whistleblowers are crying foul, saying that continuing spread and transmission are simply being ignored or censored from existence.

Perhaps the biggest whopper of them all for which not slightest bit of evidence exists, is the newest propagandistic talking point they have put forward to their citizens and the world: that the United States Army is responsible for the initial transmission to humans. The implication is that the United States purposely spread the disease to China in an act of biological warfare.

2/2 CDC was caught on the spot. When did patient zero begin in US? How many people are infected? What are the names of the hospitals? It might be US army who brought the epidemic to Wuhan. Be transparent! Make public your data! US owe us an explanation! pic.twitter.com/vYNZRFPWo3

This is the ultimate act of communist gaslighting. Communists have a playbook for every one of their systemic failures, be it to usher an economy to prosperity or prevent diseases from reaching pandemic levels. There are three steps to this playbook: Fail, Downplay, Shift Blame.

First, the Communists fail to regulate markets and human contact with wild animals in a way that makes their population dangerously vulnerable to the transmission of zoological diseases. They are all about regulating private personal conduct and political ideals, but go ahead and play with wild animals and eat whatever you find on the street as far as they are concerned.

Second, they lie about the severity of the disease and it’s transmissibility. So that their citizens should not have a sense that they are not handling a situation with anything less than God-like perfection, they use state media and health organizations to portray that what is happening is not really happening.

The final step occurs when the Communists can no longer deny that a problem exists because it is before everyone’s eyes to see. Their solution is to shift the blame. Who better to point the finger at than their primary antagonists and opponents in the power struggle for hegemonic dominance in the world? America is the low-hanging fruit to attack in this instance.

Skilled in the ways of spinning reality into a web of lies, Chinese propagandists found a way to make even Americans spread their falsehoods. They’ve used America’s well-intentioned, but often carelessly overzealous culture of respect for cultural and ethnic diversity against us. Many of you know this as “political correctness.”

For nearly the past four months, governments, health organizations, and journalistic publications, including China’s own state media (lest they have scrubbed all such references by now as part of their ongoing disinformation campaign), have countlessly referred to COVID-19 as the Wuhan or Chinese virus. I need not cite examples as this fact can be effortlessly proven by a simple Google search. I was astounded by just how widespread the use was when I did so myself. Why is this relevant?

The United States of America and China are engaged in an ongoing war of information. The facts are clear: America is not responsible for the international pandemic that is COVID-19. The Chinese government, one of the most repressive regimes in world history, is lying to over one billion citizens that America is to blame for this disease which also ravaged their nation, their friends, family, and neighbors.

America cannot afford to let the Chinese people, nor citizens of other nations around the world, believe these falsities unchecked. Lies can stoke hatred. Hatred can stoke war. It’s an old paraphrase that political scientists and economists like to use, that “when trade does not cross borders, soldiers will.” Much trade with China has been halted, so our ties are weaker than ever. Maybe we will resume trade as normal after this pandemic ends. Still yet, many commentators are suggesting total trade realignments in the fallout of this pandemic, with China as a not-so-essential partner with America moving forward.

Should Chinese citizens be allowed to believe that America is their enemy and not their partner in securing a world with more rule-of-law, democracy, and economic prosperity, we may see a much greater future calamity than COVID-19 in the form of outright war between the two richest and most advanced nations in human history. The depths of destruction are probably not even fathomable to us.

It is dangerously irresponsible of American media to allow popular perceptions of President Trump (perceptions that sell subscriptions) to dominate the narrative of this ongoing war of information. President Trump was doing what was right for our country by not allowing the Chinese government the upper hand in this war of information. President Trump said, “it is very important that we totally protect our Asian American community in the United States, and all around the world. They are amazing people, and the spreading of the Virus…. is NOT their fault in any way, shape, or form.”

Even as reports suggest that he is backing off from using the term out of an abundance of respect for the Chinese people, I believe it is pivotal that Americans understand that his initial statements and action in this regard were spot on. He did the right thing by labeling it the ‘Chinese virus’. It was the exact kind of defense America needs against the lying behemoth that is Communist China, which seeks to reshape the world in its sick authoritarian image.

As for me, I will continue to call it the Chinese Wuhan Virus, until the day comes that the despotic Communist regime no longer inundates it’s unsuspecting population of good-hearted and well-intentioned people with lies about our United States of America and our citizens which have nothing other than good wishes for them and their future.

Duell Lauderdale is a candidate for state representative in Missouri House District 124. He loves his country and is a staunch advocate for liberty and the Constitution. He also serves as the Vice Chair of the Missouri Republican Liberty Caucus, the Republican Chief of Staff to Representative Ron Hicks, and as the Secretary to Missouri’s House Committees on Homeland Security and Regulatory Oversight and Reform, respectively. He is also a former Republican Committeeman” 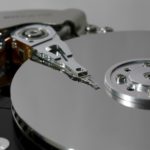 How to Recover Files from a Crashed Hard Disk 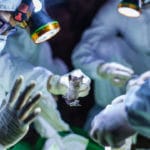