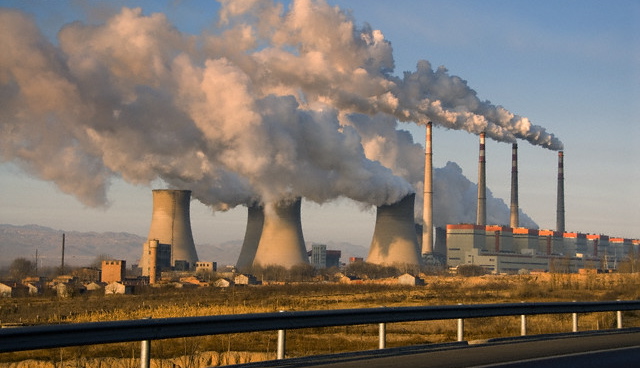 As President Donald Trump prepared to withdraw the U.S. from the Paris agreement on climate change, the media is rife with stories about how China pledged to fully implement its global warming pledge.

China did vow to keep its Paris agreement commitments, but that won’t really mean much given it pledged to increase greenhouse gas emissions for the foreseeable future.

The New York Times reported Chinese Premier Li Keqiang vowed Thursday that “his country remained committed to the fight against climate change and to participating in international efforts for a greener world.”

Two days earlier The NYT reported China was “poised to take the lead on climate,” and it’s more likely we’ll see “China pushing the United States to meet its commitments and try to live up to the letter and spirit of the 2015 Paris Agreement, even if Mr. Trump has signaled he has no intention of doing so.”

Environmentalists and Democratic politicians used the talking point as well. They argue the U.S. has ceded leadership on global warming to China.

The Sierra Club sent out an email blast Thursday saying “China and the EU have seized the leadership role once held by the U.S., forming a historic climate diplomacy alliance” because the two were moving ahead with implementing the Paris agreement.

Did any of them actually look at what China pledged to do?

China’s pledged to “peak” greenhouse gas emissions by 2030. What’s implied here is that China will increase emissions in absolute terms during that time.

China basically promised to follow its already expected development track, where emissions are expected to level off between 2025 and 2030.

But China said they would reduce emissions per unit of economic output 60 to 65 percent below 2005 levels by 2030, right?

Yes, but China is only promising to continue an economic trend that’s been occurring since they’ve industrialized.

China had already cut emissions per unit of output nearly 34 percent below 2005 levels before Paris went into effect in 2016. What’s interesting is its output pledge is only half the rate of reductions in recent years.

China can reduce its emissions per unit of output while increasing overall emissions — that’s what matters in terms of global warming. It’s almost like they are gaming the whole Paris agreement.

China’s emissions are expected to grow nearly 32 percent through 2040, according to projections from the Energy Information Administration. The Global Commission on the Economy and Climate projected Chinese emissions increasing 34 percent over 2012 levels by 2030.

Most of this increase will come from coal-fired electricity. China pledged to use more natural gas, renewables and nuclear power, but coal is expected to provide the lion’s share of electricity in the country for decades to come.

Reports suggest China has scrapped plans for one hundred new coal-fired power plants, but that’s largely because its economic growth is slowing down and their population is aging. Older populations tend to have fewer industrial jobs.

Yet, China’s new five-year plan would “raise coal-fired power capacity from around 900 gigawatts last year to as high as 1,100 gigawatts by 2020,” which is “more than the total power capacity of Canada,” according to The Wall Street Journal.

China is also fueling coal-fired electricity production around the world. The country is part of a joint venture with Pakistan “to spend around $15 billion over the next 15 years to build close to a dozen coal power plants of varying sizes around the country,” Reuters reported.

Reversing Course With Cuba Costs The US 12,295 American Jobs