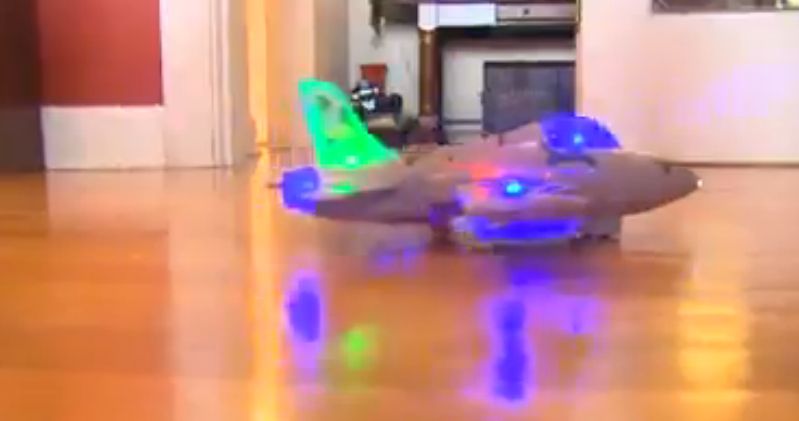 A toy fighter jet given as a Christmas gift is baffling a family by playing Islamic prayer calls instead of F-16 noises.

A three-year-old boy in Bellingham, Washington was given a WolVol Bump & Go Action Electric F16 toy fighter jet, which comes with lights and sound effects. But after sticking batteries in, the boy’s family was surprised to discover the jet emitting sounds of Arabic chanting.

Local news station King5 contacted Nadeem Israr, head of the Islamic Society of Whatcom County, who told them the chant is very similar to a prayer said by Muslims during the hajj, a pilgrimage to Mecca. Israr described the sound effects as “very, very wrong.”

The Washington family isn’t the only one to receive the bizarre toy. Several reviews on Amazon in the last few weeks have noted the strange chanting noises.

“Someone I know has a child who got this plane as a gift and it plays some weird middle-eastern chanting noise. THAT is crazy,” says one reviewer who posted their review Christmas Day.

“[T]here is no ‘jet noise,’ it plays what sounds like middle eastern chanting/praying!!! and it looked old and had yellow goo on it,” complains another review from Dec. 22.

Other reviews have embraced the toy’s flaw, with one reviewer touting it as “great for religious purposes!”

The toy’s maker, WolVol, blames the mishap on the Chinese factory responsible for making the toy.