If you have gone online or turned on your television today, you have likely seen the news about the latest supposed Ben Carson scandal. After more than a week of puffed up media hit pieces on Carson, I was less than credulous. Now it turns out that Politico was playing fast a loose with the details and their interpretation of facts.

What’s clear is that the media who gives Hillary Clinton a pass on dead Americans in Benghazi, improper foreign donations, and storing sensitive information on an unsecured server, has been bending over backwards to take down Carson, I as pointed out on Facebook.

The truth is Carson likely misunderstood the offer he was given.

Ben Carson’s campaign on Friday admitted, in a response to an inquiry from POLITICO, that a central point in his inspirational personal story was fabricated: his application and acceptance into the U.S. Military Academy at West Point.

The key word here is “fabricated.” Did the Carson campaign admit any such thing? Absolutely not. The facts reported by Politico don’t even support this interpretation of the Carson campaign’s response. According to Politico, Carson said in his 1992 memoir Gifted Hands that he was offered a “full scholarship” to West Point after dining with General William Westmoreland in 1969. Here’s the relevant passage from Carson’s autobiography:

At the end of my twelfth grade I marched at the head of the Memorial Day parade. I felt so proud, my chest bursting with ribbons and braids of every kind. To make it more wonderful, We had important visitors that day. Two soldiers who had won the Congressional Medal of Honor in Viet Nam were present. More exciting to me, General William Westmoreland (very prominent in the Viet Nam war) attended with an impressive entourage. Afterward, Sgt. Hunt introduced me to General Westmoreland, and I had dinner with him and the Congressional Medal winners. Later I was offered a full scholarship to West Point. I didn’t refuse the scholarship outright, but I let them know that a military career wasn’t where I saw myself going.

That’s the entire relevant portion of Carson’s account. He reiterated that account last month in an interview with Charlie Rose, when he said, “I was offered a full scholarship at West Point, got to meet General Westmoreland and go to Congressional Medal of Honor dinners. But decided really my pathway would be medicine.”

Politico followed up on this story. They reported one additional pieces of information that seem to conflict with Carson’s story: Carson never applied to West Point, and was never extended admission.

But Carson never said he applied. He said he was extended a full scholarship offer. What’s more, West Point doesn’t offer scholarships: all admission is free contingent on serving in the military afterwards. It thus seems probable that Westmoreland or another military figure tried to recruit Carson, telling him that he wouldn’t have to pay for his education – and that Carson read that as a “full scholarship,” and never applied.

In fact, that’s exactly what Carson’s campaign manager said to Politico in an email:

Dr. Carson was the top ROTC student in the City of Detroit. In that role he was invited to meet General Westmoreland. He believes it was at a banquet. He can’t remember with specificity their brief conversation but it centered around Dr. Carson’s performance as ROTC City Executive Officer. He was introduced to folks from West Point by his ROTC Supervisors. They told him they could help him get an appointment based on his grades and performance in ROTC. He considered it but in the end did not seek admission.

But here’s how Politico editorialized: “When presented with this evidence, Carson’s campaign conceded the story was false.”

That’s nonsense. They did no such thing. They provided details that corroborated Carson’s story and explained his loose use of the language. If someone told you that you could go to college for free, you might reasonably conclude that you had been offered a full scholarship to attend that university. But Politico would call you a liar if you used such language to describe the exchange.

It’s clear the liberal media has again seized on anything they can hurl at Carson.

To be clear, I am not a Carson supporter. But the double standard is blatant. Hillary Clinton escapes scrutiny, despite her long record of serious misconduct and alleged criminality, and Carson is dragged through the mud by any means necessary. 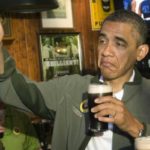 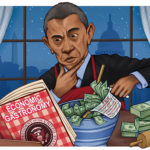