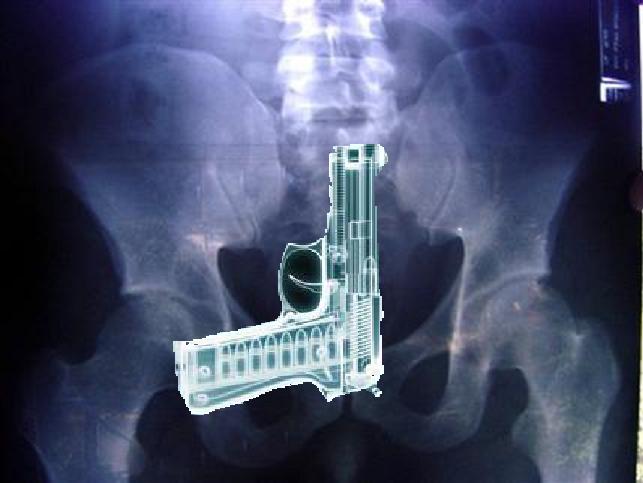 People sometimes go through great lengths to to conceal drugs and weapons. Last week a suspect in Golden Meadow, Louisiana made headlines with his bizarre method of conceal carry. It’s not clear whether this was his walk around method of carrying or simply as a last minute effort to avoid criminal charges.

“Deputies at the Lafourche Parish Jail found a gun concealed in the buttocks of a man arrested after police found a “zip gun” and homemade silencers in his truck.

When the officers approached to investigate, Dupuy gave a false name and then fled the scene.

The officers then questioned Justin Savoie, who was also at the home.

During a pat down of Savoie, officers discovered a concealed handgun, marijuana, and a pipe used for smoking marijuana.

The officers also spotted a homemade “zip gun” on the floorboard of Savoie’s truck, which was parked with the door open, and found several additional firearms and homemade suppressors inside the truck after obtaining a search warrant.

While Savoie was undergoing a strip search during his processing into the Lafourche Parish sub-station, deputies found a small gun concealed in his buttocks.

Dupuy is still at large and is wanted on two active warrants issued by Probation & Parole and the Golden Meadow Police Department.”