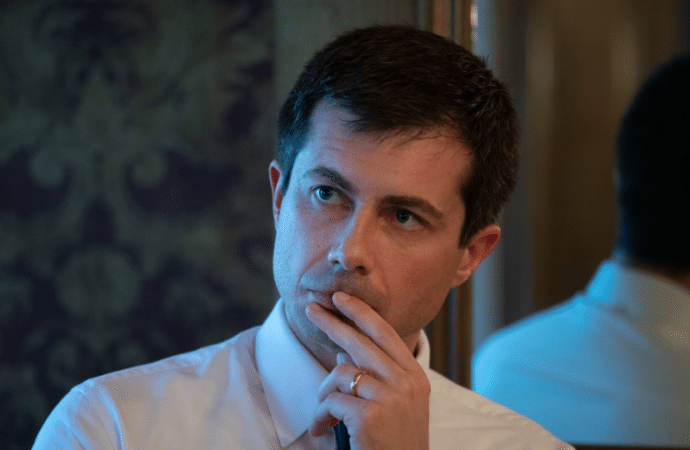 Pete Buttigieg’s struggles with minority voters has sapped morale at his campaign, according to a New York Times report, so much so that a campaign official circulated a survey earlier this month for minority campaign staffers inviting them to air grievances about their white colleagues

“Please only fill out this survey if you identify as a Person of color,” the survey reads, according to The Times.

The responses, the survey said, “will be used to inform our white colleagues about privilege and microaggression.”

“Microaggression” is a term popular with liberals and progressives that describes small slights and indignities people experience in day-to-day interactions in public or at work.

“In the workplace, have you ever experienced the following from a white colleague,” the survey asks.

Its examples of microaggressions includes being “left off a relevant email chain” or having “been interrupted/talked over.”

Buttigieg staffers circulated a survey of microaggressions on the campaign.

Buttigieg staffers circulated a survey of microaggressions on the campaign.

"Please only fill out this survey if you identify as a Person of color," it read. Answers "will be used to inform our white colleagues about privilege and microaggression." https://t.co/UulPh9UkaA pic.twitter.com/oCRELaOopT

Buttigieg, the former mayor of South Bend, Ind., has struggled to gain support from black and Latino voters even as he is faring well in national polls, and in Iowa and New Hampshire.

He has come under scrutiny for his firing in 2012 of South Bend’s police chief. He also refused to cancel a fundraiser last year hosted by a Chicago lawyer who attempted to block the release of police camera footage of the shooting of Laquad McDonald.

The campaign did not respond to The Daily Caller News Foundation’s request for comment about the results of the survey, including how many staffers participated and whether it revealed widespread microaggressions.

“We’re proud of the staffers who stood up and made their voices heard to help our campaign improve and be more inclusive,” Buttigieg said in a statement to The Times.

“We realize that we can always do better and these honest discussions are how we make progress, and we will continue to provide our staff the safe space to have them.”