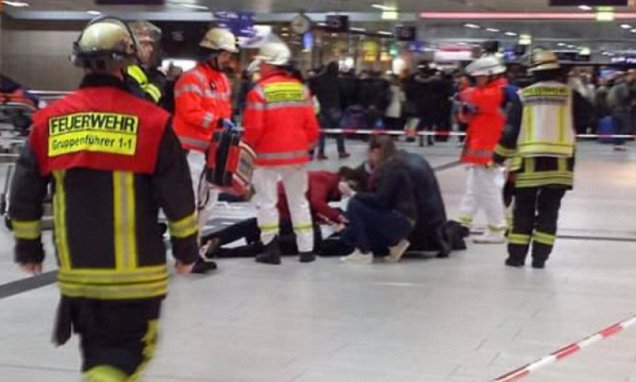 An unknown man attacked train passengers with an ax at the central train station in Dusseldorf, Germany Thursday, according to various reports.

It is unclear how many passengers were injured in the attack, though several victims were reportedly found bleeding out on the the ground after the suspect assaulted a train.

Counter-terrorism police were reportedly dispatched to the scene and were able to arrest two people.

“Man with axe chased by police in Dusseldorf. Station closed. I am in the train thins look bad #police #terror,” said Bruno Macedo, who witnessed the attack, in a tweet. “Stay away from #Dusseldorf train station crazy man with #axe on the loose.

Aftermath of axe attack in Dusseldorf, Germany. Not a lot of information out yet. pic.twitter.com/cCdiMw8qZ7

Police stopped trains, evacuated the station and cordoned off the area from the public. Officials have not yet identified the suspects arrested at the scene.

How Do Libertarians View the Student Debt Crisis in the United States?