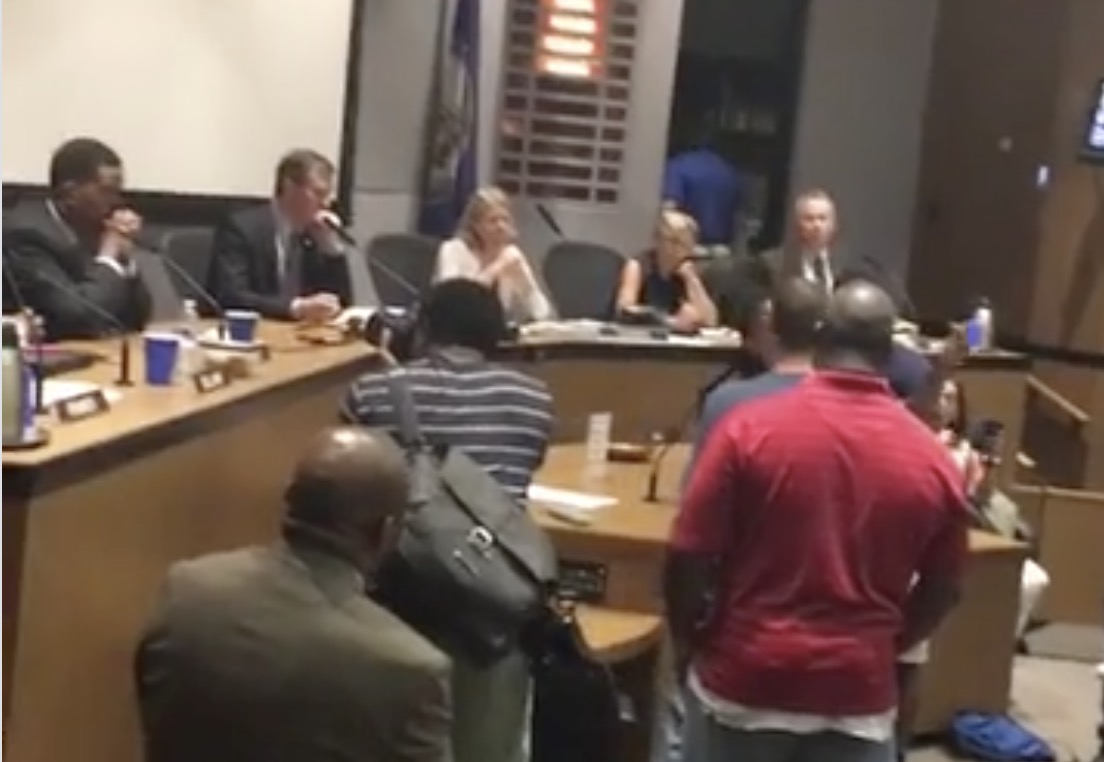 The meeting wasn’t supposed to be about the violence on Aug. 12, but residents and protesters stormed the meeting, forcing Mayor Mike Signer to formally cancel the gathering before fleeing. Charlottesville Police then attempted to regain control of the situation by removing three individuals from the chamber, according to NBC.

Signer, Vice Mayor Wes Bellamy, and three council members “fled” the meeting, while a group carrying a sign that read “Blood on your hands,” stood on their desks.

The first city council meeting since the Aug. 12 rally, which left 19 injured and one killed in violent confrontations between the alt-right rally-goers and protesters, then resumed for a three-hour listening session.

The crowd lined up to scream into the microphone at the mayor and city council that presided over the police action, and approved the rally permit in Emancipation Park hours before the event took place.

Another angry citizen slammed the police for lack of action during the several hour long period where protesters and alt-right rally attendees clashed openly in the streets.”You all let this city down, the protester said at the meeting. “It’s absolutely disgraceful.”

The Daily Caller News Foundation was live on the scene during the course of the events and witnessed police push attendees into protesters without a police line to separate the two groups. Police then held back to the park while several major fights broke out around the downtown area. Police leaped into action when a Nazi sympathizer drove a Dodge Challenger into the crowd.