A Maryland man was thrown in jail Wednesday night after he threatened to kill all the white people in his small town of La Plata.

Police say Carlos Anthony Hollins, 20, posted a threat on Twitter that said, “IM NOT GONNA STAND FOR THIS NO. MORE. TONIGHT WE PURGE ! KILL ALL THE WHITE PPL IN THE TOWN OF LAPLATA. #BLACKLIVESMATTER [sic].”

Police were able to identify Hollins and took him into custody without incident. He was charged with threats of mass violence.

Since the incident, the La Plata Police Department added extra patrol officers to help protect the public in case of an incident.

The “purge” Hollins mentions is a reference to the “The Purge” movie series which is set in a dystopian future where crime is legal for a 12-hour period each year. People are free to rob, rape and murder while the police are helpless to respond.

The movie was a central theme in the Baltimore riots earlier this year, with police saying a flier circulated around a local Baltimore high school may have kicked off the violence.

The flier showed some Baltimore youths standing on top of a police car and called for a “purge” in downtown Baltimore. The riots started near the high school, and later that night, the city was engulfed with fires and looting. 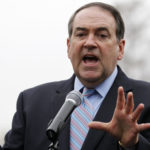 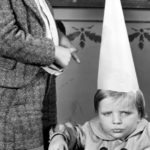 SAT Scores In The US Are Collapsing