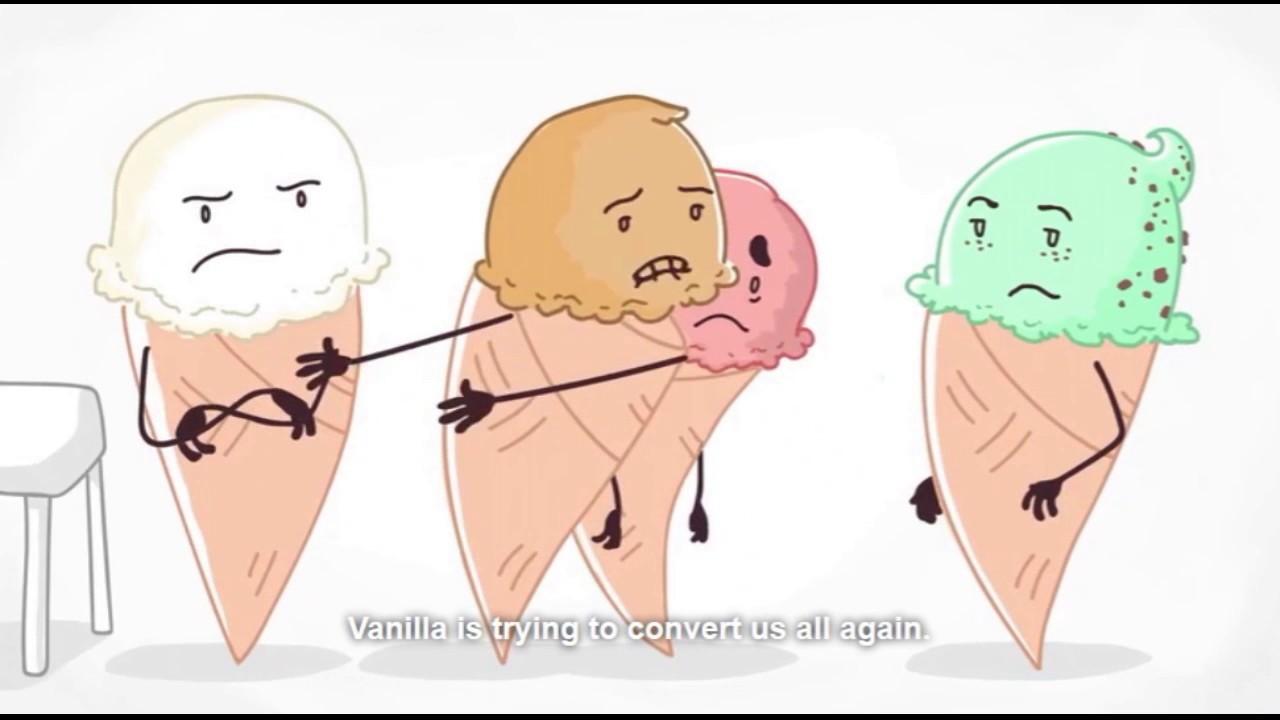 Bill Nye uses a cartoon ice cream cone analogy to criticize Christians and their views on homosexuality in a new episode of his Netflix show about science.

A group of ice cream cones attend a meeting for “Ice Cream Conversion Therapy” in the clip of his show published on YouTube Monday, titled “Ice Cream Sexuality.”

“As a vanilla, I feel that I am the most natural of the ice creams,” the vanilla cone, who is supposed to represent a straight Christian man, informs the group. “And therefore the rest of you should just go ahead and also be vanilla. It’s the one true flavor.”

All the cones try to sway the vanilla cone, telling him that no one just wants one flavor of ice cream. “Haven’t you ever wanted to be in a neapolitan?” the mint chocolate chip cone asks the vanilla cone seductively. “Come on, it’s natural,” the chocolate cone chimes in. “And so creamy and delicious,” another cone adds. “Mm.”

Another clip from Nye’s show, “Bill Nye Saves The World,” featured an actress singing about transgenderism and the fluidity of sexuality. Viewers seemed greatly disturbed by the clip, posted on YouTube Sunday, which garnered nearly 4,000 dislikes.

Japan Releases ‘What To Do If North Korea Nukes You’ Guide