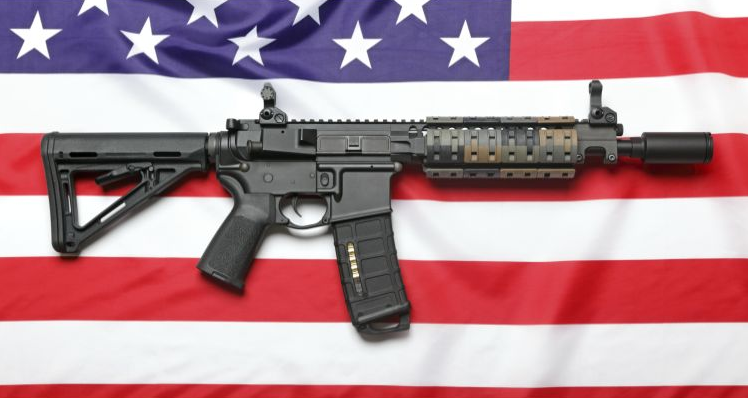 Presidential candidate Robert Francis “Beto” O’ Rourke (D-TX) attracted quite a bit of attention over the weekend with his comments on AR-15’s.

In what seems to be an attempted balancing act to play to both gun owners and the gun confiscation crowd O’ Rourke said, “If you own an AR-15, keep it. Continue to use it responsibly and safely.” He then followed up his statement by adding “I just don’t think that we need to sell anymore weapons of war into this public.”

The contradiction in O’ Rourke’s was quickly exposed by Twitter users over the weekend as they drug him through the mud.

A Twitter user who goes by the name Just Karl pointed out that Beto has successfully alienated both sides of the debate by saying AR-15’s are “weapons of war” that are designed to kill enemy soldiers and should not be sold to the civilian population, but says if you own an AR-15 to use it responsibly.

Beto’s double-faced comments seemed to have been ignored judging by some of the retweets of people who ignored one statement strictly to address the part which angered them.

Some were angered by his pandering to the gun-control crowd.

Others were enraged by his trust in gun owners.

This doesn’t appear to be Beto’s first attempt at walking a tight rope on this hotly debated issue. In fact, his recent comments are an exact echo of statements he made during an interview with a radio station in Texas while running for Senate last year.

“If you purchased that AR-15, if you own it, keep it. Continue to use it responsibly,” O’Rourke said. “We have this proud rich tradition [in Texas] of hunting, of owning guns for self-defense, for sport, for collection as you may own that AR-15 for, just because it is fun to shoot.”

It will be interesting to see how the presidential hopeful’s words play out when the Democratic primary heats up, as they will likely be used as a “weapon of war” against him.