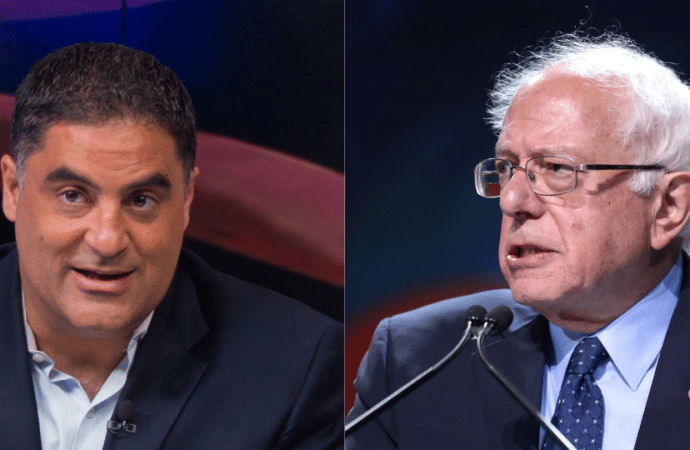 Uygur, founder of the left-wing media outlet “The Young Turks,” has come under fire for past comments, including one where he said certain kinds of bestiality should be legal. Despite this and multiple videos showing crude comments about women, the Vermont senator endorsed the congressional candidate Thursday.

“As I said yesterday, Cenk has been a longtime fighter against the corrupt forces in our politics and he’s inspired people all across the country,” Sanders said in a statement announcing his retraction Friday.

“However, our movement is bigger than any one person. I hear my grassroots supporters who were frustrated and understand their concerns,” he added.

.@BernieSanders retracts his endorsement of @cenkuygur – after endorsing him just yesterday pic.twitter.com/zpKDnt2axJ

Videos posted by M. Mendoza Ferrer on Twitter in November show Uygur making inappropriate remarks about women. He discussed a rating system for women, adding in what “score” the woman would have to be for her to “suck your dick.” Another video from 2013 shows Uygur discussing bestiality and talking about how “hot” women from the Dominican are.

“Here comes the controversial part I shouldn’t say,” Uygur said, according to one of the videos. “I believe that if I were the benevolent dictator of the world, I would legalize bestiality where you are giving, you are pleasuring the animal.”

The congressional candidate said his past comments “do not reflect who I am today.” Uygur is “rejecting all endorsement for his campaign,” according to Sanders’ statement Friday.

Uygur is running for former Democratic California Rep. Katie Hill’s seat. She resigned in October after allegations that she slept with a congressional staffer and a campaign staffer.

Republican George Papadopoulos, who spent 12 days in prison, is also running for Hill’s seat. He was convicted of lying to the FBI about his contact with Russian-connected individuals during the 2016 presidential campaign.