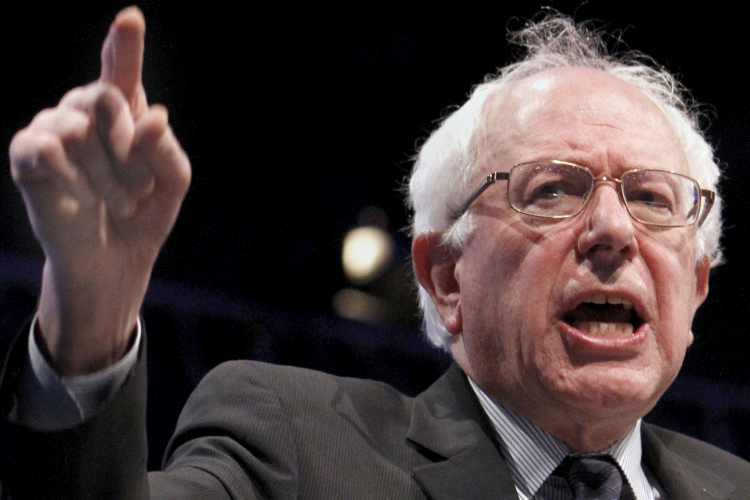 Sen. Bernie Sanders is marking out a different position on billionaire Michael Bloomberg’s decision to jump in the White House race than that of Democratic National Committee Chairman Tom Perez.

“You’re not going to buy this election,” the Vermont senator said Saturday during a climate summit in Des Moines, Iowa. Sanders, who is running for president as a Democrat, was referring to the former New York City mayor’s last-minute decision to join the contest.

“That is the arrogance of billionaires,” Sanders told ABC News Saturday. “As I understand it, he’s planning to skip the first four states. We’re doing five events this weekend right here in Iowa, all over New Hampshire, South Carolina, Nevada, California. But he’s too important.”

Bloomberg directed staffers to gather signatures in Alabama to qualify for the Democratic primary in the state, which had a Friday deadline for entrance into the race. He is expected to pose a substantial problem for former Vice President Joe Biden, a moderate candidate struggling to raise cash.

Bloomberg is one of two billionaires who are vying to beat President Donald Trump, himself a billionaire who won the 2016 presidential race in an improbably fashion. Hedge fund manager Tom Steyer is also angling to spend millions of dollars on a long-shot Democratic presidential campaign.

Sanders is using Bloomberg’s candidacy as a cudgel against what he sees is wealthy ownership of the party. “You see, when you’re worth $50 billion, I guess you don’t have to have town meetings, you don’t have to talk to ordinary people,” he added during the ABC interview.

Tonight we say to Michael Bloomberg and other billionaires: Sorry, you’re not going to buy this election. pic.twitter.com/15sVnuPxwR

Tonight we say to Michael Bloomberg and other billionaires: Sorry, you’re not going to buy this election. pic.twitter.com/15sVnuPxwR

Democratic Rep. Alexandria Ocasio-Cortez of New York joined Sanders in the interview in Iowa. She mirrored his position.

“I don’t think billionaires should be president right now,” Ocasio-Cortez, a Sanders supporter, said during the interview. Sanders’s remarks Saturday stand in contrast to those from Perez, who told CNN Friday that he welcomes Bloomberg to the race.

Flavor Bans Have Caused Various Disputes in the US