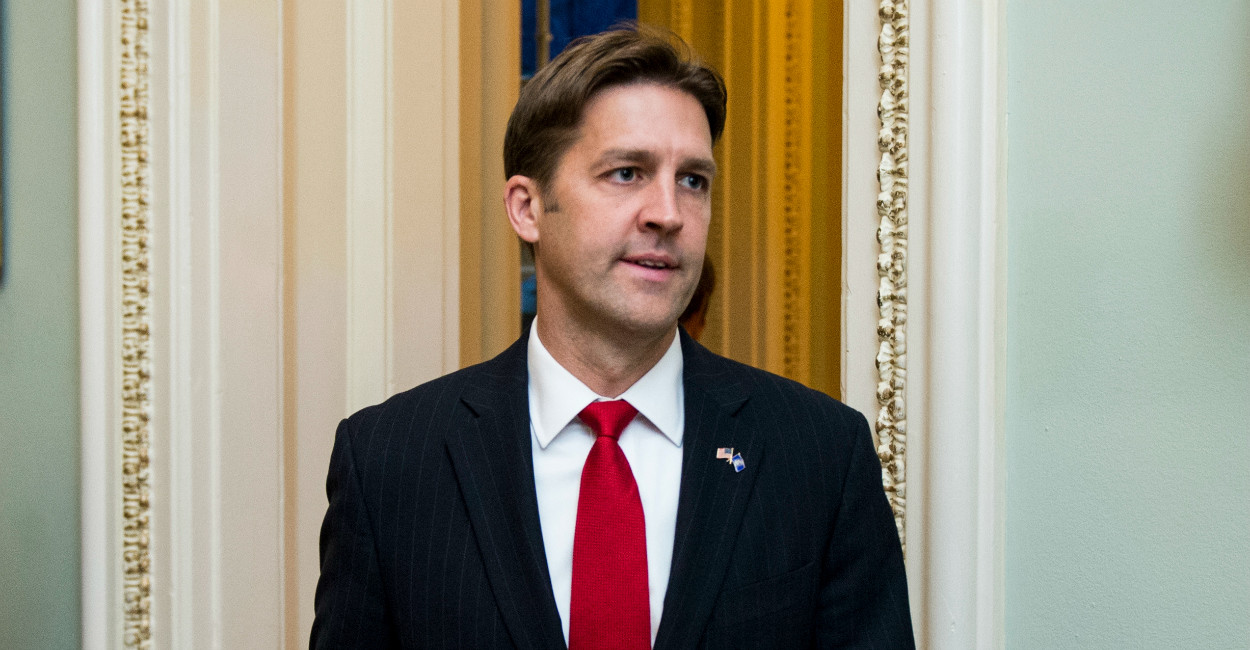 Ben Sasse, Republican Senator from Nebraska, penned an open letter to Americans on Facebook Wednesday evening. In response to the current state of the 2016 election, Senator Sasse, an ardent #NeverTrump supporter, writes about the earful he has received from his constituents following Trump’s presumed nomination and advocates for more options.

AN OPEN LETTER TO MAJORITY AMERICA

TO: Those who think both leading presidential candidates are dishonest and have little chance of leading America forward:

(…or, stated more simply)
TO: The majority of America:

Note: If you are one of those rare souls who genuinely believe Hillary Clinton and Donald Trump are honorable people – if they are the role models you want for your kids – then this letter is not for you. Instead, this letter is for the majority of Americans who wonder why the nation that put a man on the moon can’t find a healthy leader who can take us forward together.

I want to tell you about four unsolicited conversations from the Fremont Wal-Mart this morning:

**Retired union Democrat meat-packer:
“What the heck is wrong with that city where you work? Why can’t they give us a normal person? Is it really so hard?”

Me: “Actually, it is for them – because most people in DC buy the nonsense that DC is the center of the world. You and I, despite our party differences, both agree that Fremont is the center.”

Union Democrat (interrupting): “…Because this is where my grandkids are.”

**Young evangelical mom:
“I want to cry. I disagree with Hillary Clinton on almost every single thing – but I will vote for her before Trump. I could never tell my kids later that I voted for that man.”

**Middle-aged Republican male (more political than the other folks):
“It feels like the train-car to hell is accelerating. Why is DC more filled with weirdos and yet more powerful at the same time? How do we slow this down long enough to have a conversation about actually fixing our country?”

I’ve ignored my phone most of today, but the voicemail is overflowing with party bosses and politicos telling me that “although Trump is terrible,” we “have to” support him, “because the only choice is Trump or Hillary.”

This open letter aims simply to ask “WHY is that the only choice?”

I trust the judgment of this farm town way more than I trust DC. And so I’d like to share a dozen-ish observations on these Wal-Mart and other conversations today:

1.
Washington isn’t fooling anyone — Neither political party works. They bicker like children about tiny things, and yet they can’t even identify the biggest issues we face. They’re like a couple arguing about what color to paint the living room, and meanwhile, their house is on fire. They resort to character attacks as step one because they think voters are too dumb for a real debate. They very often prioritize the agendas of lobbyists (for whom many of them will eventually work) over the urgent needs of Main Street America. I signed up for the Party of Abraham Lincoln — and I will work to reform and restore the GOP — but let’s tell the plain truth that right now both parties lack vision.

2.
As a result, normal Americans don’t like either party. If you ask Americans if they identify as Democrat or Republican, almost half of the nation interrupts to say: “Neither.”


3.
Young people despise the two parties even more than the general electorate. And why shouldn’t they? The main thing that unites most Democrats is being anti-Republican; the main thing that unites most Republicans is being anti-Democrat. No one knows what either party is for — but almost everyone knows neither party has any solutions for our problems. “Unproductive” doesn’t begin to summarize how messed up this is.

4.
Our problems are huge right now, but one of the most obvious is that we’ve not passed along the meaning of America to the next generation. If we don’t get them to re-engage — thinking about how we defend a free society in the face of global jihadis, or how we balance our budgets after baby boomers have dishonestly over-promised for decades, or how we protect First Amendment values in the face of the safe-space movement – then all will indeed have been lost. One of the bright spots with the rising generation, though, is that they really would like to rethink the often knee-jerk partisanship of their parents and grandparents. We should encourage this rethinking.

5.
These two national political parties are enough of a mess that I believe they will come apart. It might not happen fully in 2016 – and I’ll continue fighting to revive the GOP with ideas — but when people’s needs aren’t being met, they ultimately find other solutions.

6.
In the history of polling, we’ve basically never had a candidate viewed negatively by half of the electorate. This year, we have two. In fact, we now have the two most unpopular candidates ever – Hillary by a little, and Trump by miles (including now 3 out of 4 women – who vote more and influence more votes than men). There are dumpster fires in my town more popular than these two “leaders.”

7.
With Clinton and Trump, the fix is in. Heads, they win; tails, you lose. Why are we confined to these two terrible options? This is America. If both choices stink, we reject them and go bigger. That’s what we do.

8.
Remember: our Founders didn’t want entrenched political parties. So why should we accept this terrible choice?

9.
So…let’s have a thought experiment for a few weeks: Why shouldn’t America draft an honest leader who will focus on 70% solutions for the next four years? You know…an adult?
(Two notes for reporters:
**Such a leader should be able to campaign 24/7 for the next six months. Therefore he/she likely can’t be an engaged parent with little kids.
**Although I’m one of the most conservative members of the Senate, I’m not interested in an ideological purity test, because even a genuine consensus candidate would almost certainly be more conservative than either of the two dishonest liberals now leading the two national parties.)

10.
Imagine if we had a candidate:
…who hadn’t spent his/her life in politics either buying politicians or being bought

…who pledged to serve for only one term, as a care-taker problem-solver for this messy moment

…who knew that Washington isn’t competent to micromanage the lives of free people, but instead wanted to SERVE by focusing on 3 or 4 big national problems,
such as:
A. A national security strategy for the age of cyber and jihad;
B. Honest budgeting/entitlement reform so that we stop stealing from future generations;
C. Empowering states and local governments to improve K-12 education, and letting Washington figure out how to update federal programs to adjust to now needing lifelong learners in an age where folks are obviously not going to work at a single job for a lifetime anymore; and
D. Retiring career politicians by ending all the incumbency protections, special rules, and revolving door opportunities for folks who should be public “servants,” not masters.

This really shouldn’t be that hard.

The oath I took is to preserve, protect, and defend the Constitution. In brief, that means I’m for limited government.

And there is no reason to believe that either of these two national frontrunners believe in limiting anything about DC’s power.

I believe that most Americans can still be for limited government again — if they were given a winsome candidate who wanted Washington to focus on a small number of really important, urgent things — in a way that tried to bring people together instead of driving us apart.

I think there is room – an appetite – for such a candidate.

What am I missing?

More importantly, what are the people at the Fremont Wal-Mart missing?

Because I don’t think they are wrong. They deserve better. They deserve a Congress that tackles the biggest policy problems facing the nation. And they deserve a president who knows that his or her job is not to “reign,” but to serve as commander-in-chief and to “faithfully execute” the laws – not to claim imperial powers to rewrite them with his pen and phone.

The sun is mostly set on the Platte River — and the kids need baths. So g’night.

California Voters Will Likely Decide on Marijuana Legalization This November 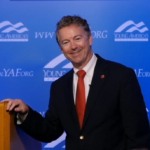 Rand Paul Responds to Trump’s Nomination, Third Party Options, and the Future of the GOP