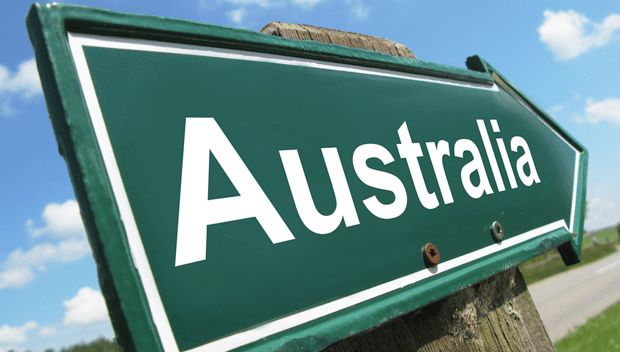 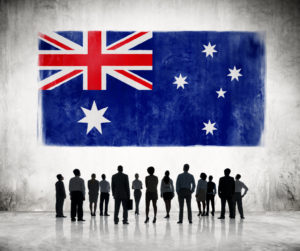 Australia’s population reached 25 million on Tuesday, in large part due to their high immigration levels, which now outpaces the country’s internal birth rates.

Australia’s population is continuing to add one person every 83 seconds, the Australian Bureau of Statistics (ABS) reports, ushering in the record number of people in Australia at 11 p.m. local time Tuesday.

The increase in population is largely in part due to Australia’s high immigration rate, and the ABS says a person arrives to live in the country every single minute.

Australia is also one of the most multicultural countries in the developed world, which is triggering conversation on immigration policy and how this flow of immigrants is challenging the country’s infrastructure as well as the changing demographics in general.

While it’s unknown who the 25 millionth person was, George Megalogenis, an Australian political commentator and journalist, says it was more than likely a young, female Chinese student or skilled worker.

“The two biggest migrant groups in Australia are Chinese and Indians since the turn of the 21st century,” Megalogenis told ABC News.

As the ABS shows, Australia is receiving more people from overseas than babies are being born in the country, and net overseas migration accounts for 62 percent of growth, while a natural increase makes up 38 percent.

“We are having a higher than ever number of people who are not speaking the English language and that’s often overlaid with a high concentration of the overseas born. When you start to have that you have a slowdown in integration,” Alan Tudge, Australia’s Minster of Multicultural Affairs, said in a radio interview on Tuesday.

Tudge acknowledged that Australia has made efforts to reduce the immigrant intake, but he is also focused on the integration and distribution of immigrants throughout the country.

Tudge said in the interview that the government is thinking about reviewing migrant visas and creating conditions that would force them to live outside of Sydney or Melbourne.

One idea he mentioned would be to incentivize immigrants to live outside these cities, and then to place conditions on their visas to make them stay there.

“[…] I think if we get the distribution of migration better, then it not only takes the pressure off Melbourne and Sydney but it helps those smaller states in the regional areas in the process,” he said in another radio interview on Tuesday.

Home Affairs Minister Peter Dutton has previously claimed that Melbourne residents were “scared to go out to restaurants” because of the “African gang violence”, the Financial Times reported.

Australia’s annual intake of permanent migrants fell more than 10 percent in July to almost 163,000, marking the lowest level in more than a decade.

Dutton said at the time that his government’s efforts to impose tougher vetting rules have cut 21,000 migrants from the annual intake, reimposing levels that haven’t been seen since 2007.

Tudge also added on Tuesday that temporary migration figures will continue to fall this year as well.

When asked about the increase in immigrants saying they’ve felt discriminated against after arriving in Australia, Tudge said that migration is a “two way thing.”

“The existing population has to be open and welcoming to new people coming in, and equally, migrants when they come here have to make an effort to integrate,” he said in a Sky News interview.

Tudge cited evidence on the language barrier causing a lack of integration, for example, saying over the past few decades the number of immigrants arriving who don’t speak English has gone from 1 in 5 to 1 in 4.

“We are looking more closely at the applications that are made, making sure that we’re bringing the best migrants possible into our country,” Dutton said in response to July’s low immigration numbers.