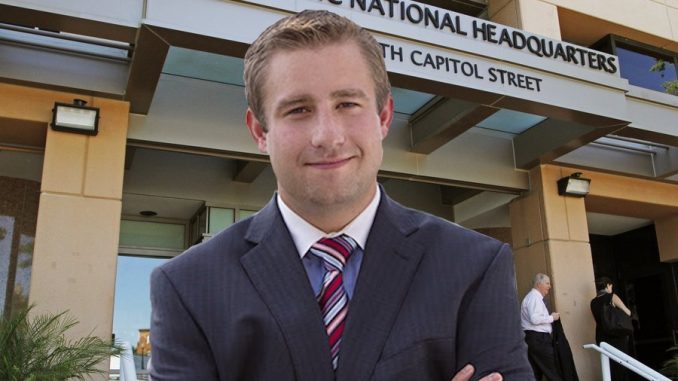 “The release of this crucial material will help bring peace to the victim’s family, and it will help to either confirm or refute the various theories that swirl about this important murder case,” the lawsuit says.

Rich, 27, was the voter expansion data director at the DNC, according to Roll Call, and had been employed for two years. Rich also worked on a computer application to help voters locate polling stations, and had just accepted a job with Hillary Clinton’s presidential campaign.

According to Washington D.C. Metropolitan Police reports, officers patrolling the Bloomingdale neighborhood heard gunshots at around 4:20 a.m. on the morning of July 10, 2016. Officers discovered a “conscious and breathing” Rich at 2100 Flagler Place in Northwest Washington, D.C.

Police have not yet solved the case, and have closely guarded information regarding his murder from the press. “We don’t want this investigation playing out in the press,” an MPD spokeswoman told The Daily Caller News Foundation May 23.

MPD surmised that Rich was a victim of a botched robbery. Police said that they found his wallet, credit cards and cellphone on his body. The band of his wristwatch was torn but not broken. The current theory maintains that the shooters panicked after shooting Rich and immediately fled the scene.

While police have refused to divulge information on the case, TheDCNF obtained the public incident report, which revealed that at least three responding officers were wearing body cameras. When TheDCNF reached out to the police for information regarding the presence of body cams or surveillance footage near the scene of the crime, the department refused to confirm or deny the existence of surveillance footage.

Burkman, who is offering a $105,000 reward in the case, wants to force the police department to release video footage of the murder, along with the medical examiner’s report and ballistic reports related to the weapon used to shoot Rich.

“While the family still have confidence in the Metropolitan Police Department’s ability to investigate Seth’s murder, of course, they are frustrated with the lack of evidence, leads and credible information about the case.” Brad Bauman a spokesman for the family, told TheDCNF. “They desperately want to find Seth’s murderers and bring them to justice as quickly as possible.”

The family wants answers and has been frustrated by the wide range of theories surrounding their son’s death.

Fox News retracted a story May 23 that claimed Rich may have been behind a breach of the DNC’s email servers, where Wikileaks obtained thousands of internal email communications that it leaked to the public.

Rod Wheeler, a Washington-based private investigator hired by the Rich family, suggested that there was tangible evidence that Rich had communicated with WikiLeaks before his death. The next day, Wheeler seemed to backtrack on those claims, and local police said that his assertions were “unfounded.”

The Rich family, according to the New York Times, now regrets hiring Wheeler and has publicly objected to his claims.

Burkman plans to file the suit Wednesday morning in the District of Columbia Superior Court. He also plans to hold a news conference outside MPD headquarters in Washington at 2:00 pm ET.