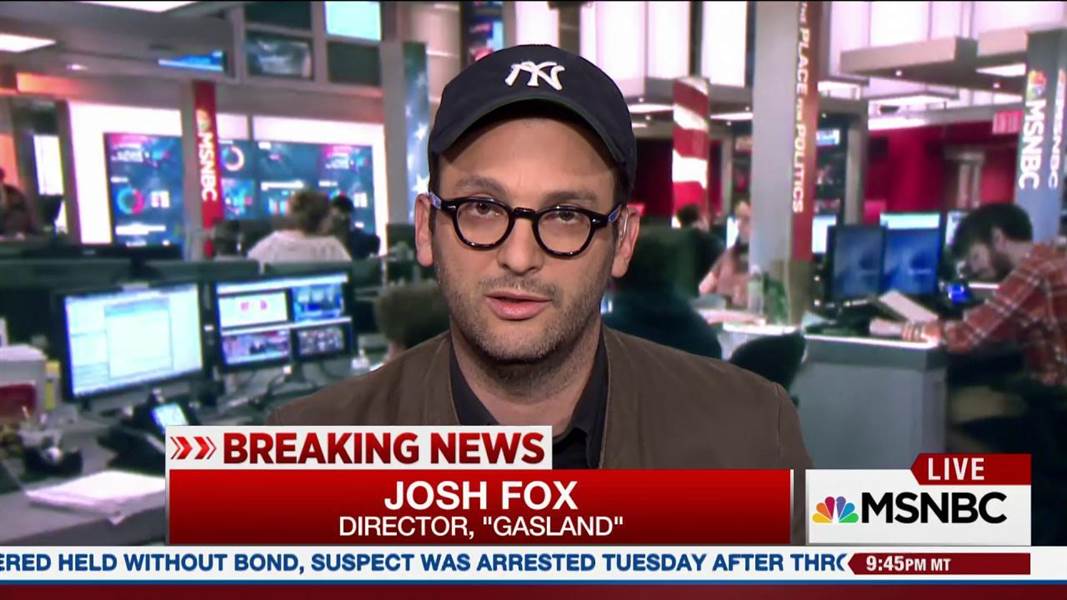 One of the leaders of the movement to ban hydraulic fracturing said white people in North Dakota “committed genocide” against American Indians to build a Chili’s restaurant.

Filmmaker Josh Fox tweeted his screed against “white culture” while in North Dakota to support protests against the Dakota Access Pipeline being built near the Standing Rock Sioux reservation.

When you get to North Dakota it’s so obvious: the white culture committed genocide to build a Chili’s. The USA should just give it back. pic.twitter.com/J9Xd9GaCeN

Fox’s 2010 “Gasland” film has been credited with sparking the anti-fracking movement. Gasland painted fracking as a dangerous drilling technique that contaminates drinking water.

Though Fox’s anti-fracking films have been debunked by experts and fact-checking reporters, it helped spur municipal fracking bans around the country. Now, he’s turned his attention on anti-pipeline activists in North Dakota.

The Dakota Access Pipeline has been a bitterly divisive political issue in North Dakota, culminating in often violent protests against police.

Protests petered out when the Obama administration blocked the pipeline last year, but President Trump’s recent executive order to advance the project has activists, many of whom are out-of-state environmentalists, gearing up for another fight.

“Mr. Fox is attempting to sow faction even as the State of North Dakota and the Standing Rock Sioux Tribe work to find common ground on the pipeline and the protests,” Rob Port, a North Dakotan who runs the “Say Anything Blog” told The Daily Caller News Foundation.

While Fox and more activists are heading back to North Dakota, the Standing Rock Sioux tribe has been asking protesters to clean up their campsite and disperse. Fox’s comments only fuel more divisive confrontations, Port says.

“As a professional propagandist Mr. Fox’s bottom line is served best by hatred and division, not people coming together to find peaceful resolution to differences,” Port said. “So I’m not surprised that he would use his various platforms to make people hate one another more. That’s how he makes his living.”

Bernie Sanders: We Need A ‘Political Revolution’ Against Fracking

The Dakota Protest Campsites Are Officially Emptied Out