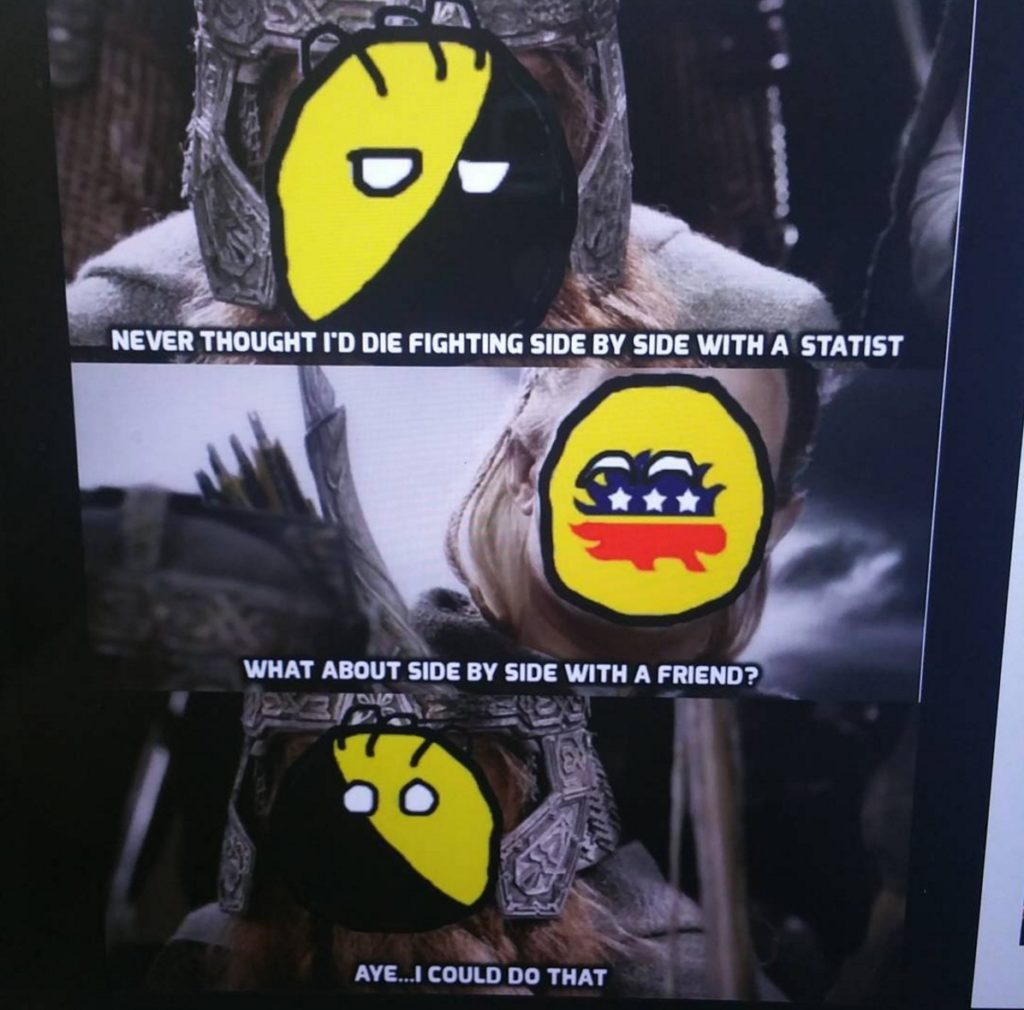 Austin Wade Petersen is a highly controversial figure in libertarian circles, especially among anarcho-capitalists such as myself. But he’s a libertarian running for president, and someone who we should not be so dismissive of, simply because he is not himself an anarchist.

If Mr. Petersen is an outspoken critic of anarcho-capitalism (and advocate for minarchism),  and has openly rejected the Non-aggression principle (An axiom that most anarcho-capitalists, including myself, see as central), why should we support him?

The answer is simple…

He’s not just a person who could lead us closer to anarcho-capitalism than anyone else, but in fact, he might be the only one in this election cycle who would lead us very close to anarchism.

It is also to be remarked that, if other LP candidates, mostly classical liberals like Gary Johnson, would win, or at least gain international recognition, the international left would call him a “neo-liberal” a term that neo-marxists love to use with anybody who’s not an outspoken marxist, even social democrats.

But if an outspoken minarchist, like Mr.Petersen would win (or at least win recognition) the international left would face a very new, and very real threat. They’ll face an outspoken basher of total statism, who’s not afraid to tell you in your face who would build the roads, or how a minimal government might be funded in a voluntary way.

RELATED: 6 Ways To Fund Public Services in a Libertarian Republic

Another usual “argument” of the international left is that the “neo-liberals” are a bunch of trust fund kids who get everything they have from their parent’s money, this is certainly not the case of Mr. Petersen. Whatever amount of possessions he has (he isn’t super-rich by the way) he has earned it through hard work, using his head, and never giving up. He was the son of rural farmers, who made his own way in politics and television by himself with no connections or money to help him get ahead. He even used to play guitar in Times Square for extra money while trying to break into the media business.

RELATED: PODCAST – Can you be secular and pro-life?

To answer this, i’ll go through Mr Petersen’s Platform, and many of his declarations

<<Reduce economic inequality by lowering barriers to entry in the marketplace, licensing, taxation, and fees. Urge congress to adopt the “Penny Plan,” across the board spending cuts of 1% per program. Abolish the existing, complicated tax code that discriminates against the most productive Americans, and replace it with a simple, flat tax at the lowest rate necessary to support the core functions of government. Seek voluntary ways to fund public services where possible, lotteries, tolls, etc.>>

When asked “how small should government be?” Mr Petersen replied “Police, courts and the military

[….] and even there I would like to see more private aspects” “I’m almost an anarchist…”

In short Mr Petersen believes in “ultra-minimal” government, H.L. Mencken called it “government that barely escapes being no government at all.”

4. Audit the Federal Reserve. Institute a Monetary Commission devoted to studying the implications of replacing central banking with “Free Banking,” and abolishing laws of legal tender.>>

His monetary policy might just as well have being planned by F.A Hayek or Peter Schiff, Mr Petersen has taken advice from Austrian economists on this issue.

As for drugs, his platform states:

<Deschedule drugs at the federal level.>>

Do I need to say more on this?

If Mr Petersen achieves any of this goals, and more, not only would the society be markedly improved, but he would also give the world a fine example of an almost-anarchist society to the modern world, which would lead many people, especially young people to ask “Do we need government at all?” fortunately, I believe many of them will answer “No.”

The author’s pen name is Ricardo Marquez, he has decided not to reveal his identity, he was born and raised in Maracaibo, Venezuela, he lost his mother at age 2, started writing at age 10, became a libertarian at 13, and currently identifies as an anarcho-capitalist.