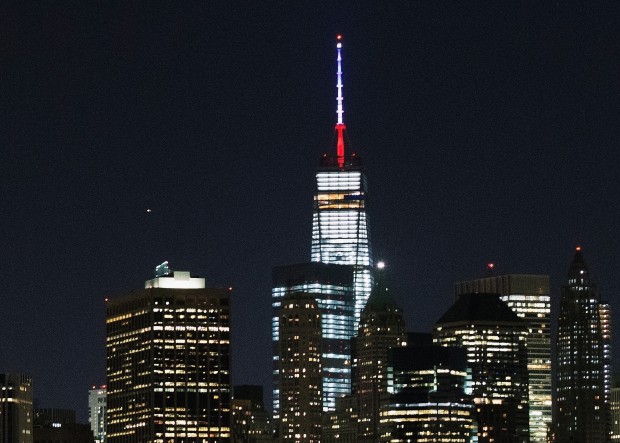 With the world still reeling after 127 people died Friday night in what is believed to be an ISIS terrorist attack across Paris, leaders in America have spoken out and landmarks lit to show support for the devastated nation.
The situation lasted several hours into the night, as attackers targeted the area around a stadium and a restaurant, with the main target centered in a concert hall. Now, with the country on lock down and Paris authorities are back in control, America is showing its support. Nearly 14 years after terrorist caused the World Trade Center buildings to collapse on Sept. 11, New York Gov. Andrew Cuomo order the new building be lit red, white and blue to honor Paris.