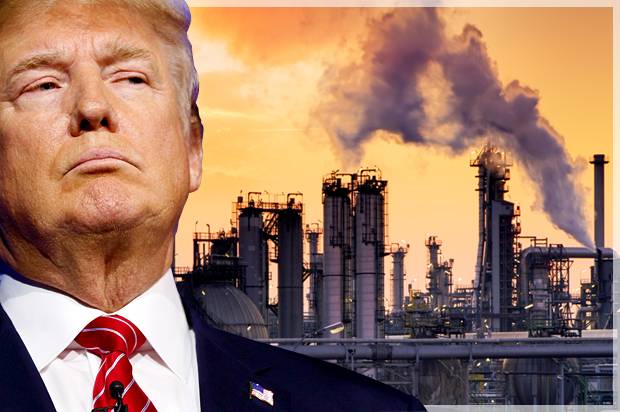 Environmental activists are afraid the Trump administration will alter or delete data sets scientists use to track global warming after the president-elect takes control in January.

The accusation, first reported by Mashable, has gotten at least one climate scientist to create a list of climate data sets his colleagues don’t want to see deleted.

Scientists: Do you have a US .gov climate database that you don’t want to see disappear?

The genesis of such fears seems to have been a Mashable article published Saturday, citing Michael Halpern, an activist with the Union of Concerned Scientists.

Mashable reported the Trump administration asked the Department of Energy for a list of websites “maintained by or contributed to by laboratory staff during work hours for the past three years,” according to a transition team memo leaked to Bloomberg.

Mashable’s Andrew Freedman wrote it’s “unclear what that question is for, but it raises the possibility that websites dedicated to climate change, including data sets from Oak Ridge and Lawrence Livermore National Laboratories, could be taken offline.”

“Scientific information provided by the government is critical to the work of university researchers, state governments, and countless others,” Halpern told Mashable. “During the Bush Administration, government scientific websites were altered or disappeared completely.”

Halpern then called on anyone “who relies on publicly available federal government research and information should take steps to ensure that they download what they need before the new administration steps in.”

Climate scientist Eric Holthaus took Halpern’s warning to heart and those concerned to help him create a list of climate databases they fear Trump could delete.

About this project:
I’m working with folks that have means to create a live archive of as many US gov’t climate assets as psbl before Jan 20 https://t.co/j6kFSawJoS

Holthaus’ list includes National Oceanic and Atmospheric Administration temperature data as well as data from the National Snow and Ice Data Center, which monitors sea ice levels at the poles.

It’s not clear how the Trump administration would alter or delete databases created and maintained by career government scientists without massive backlash.

More importantly, though, Trump’s team has given little to no indication they plan on embarking on a mass campaign of data manipulation. That claim comes straight from an activist.

5 Reasons Video Conferencing Is Perfect for Large IT Teams

Biden On Jeff Sessions: “The President Should Get The Person That They Want”