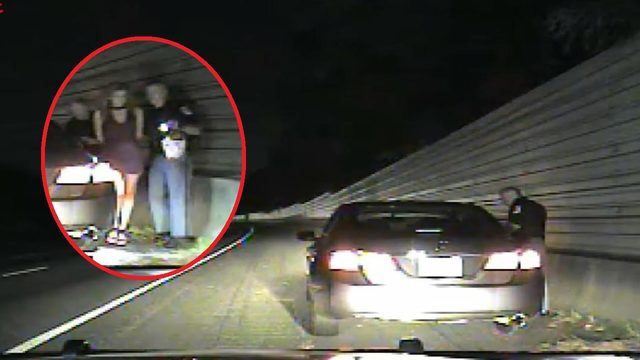 A Georgia police officer got placed on desk duty Wednesday, after body camera footage revealed he told a white woman the department only shoots black people.

Lt. Greg Abbot, a Cobb County police officer, pulled a white woman over to check for potential driving under the influence, the footage shows. The body camera footage came to light a year after the incident due to a public records request filed by Channel Actions News 2.

During the stop, the driver refused to grab her cellphone like Abbot asked, saying she was too scared to do so because of recent videos showing police shootings during traffic stops.

“But, you’re not black. Remember, we only shoot black people. We only kill black people, right? All the videos you’ve seen, have you seen the black people get killed?” Abbot responded, according to the body camera footage.

Abbot’s lawyer, Lance LoRusso, said his client was only trying to defuse a tense situation and his comments must be taken in context.

“His comments must be observed in their totality to understand their context. He was attempting to de-escalate a situation involving an uncooperative passenger. In context, his comments were clearly aimed at attempting to gain compliance by using the passenger’s own statements and reasoning to avoid making an arrest,” LoRusso said in a statement.

The Cobb County Police Department launched an investigation into the stop Friday after the body camera footage was unearthed. Abbot will stay on administrative desk duty until the investigation is done.

“No matter what context it was said, it shouldn’t have been said,” Police Chief Mike Register said, adding, “We are going to keep going forward to make sure we, as a police department, service the community in a most professional way — all segments of the community.”

Ivy League Professors to Students: Think for Yourself

Progressive Calls to “Do Away with ‘Manhood'”