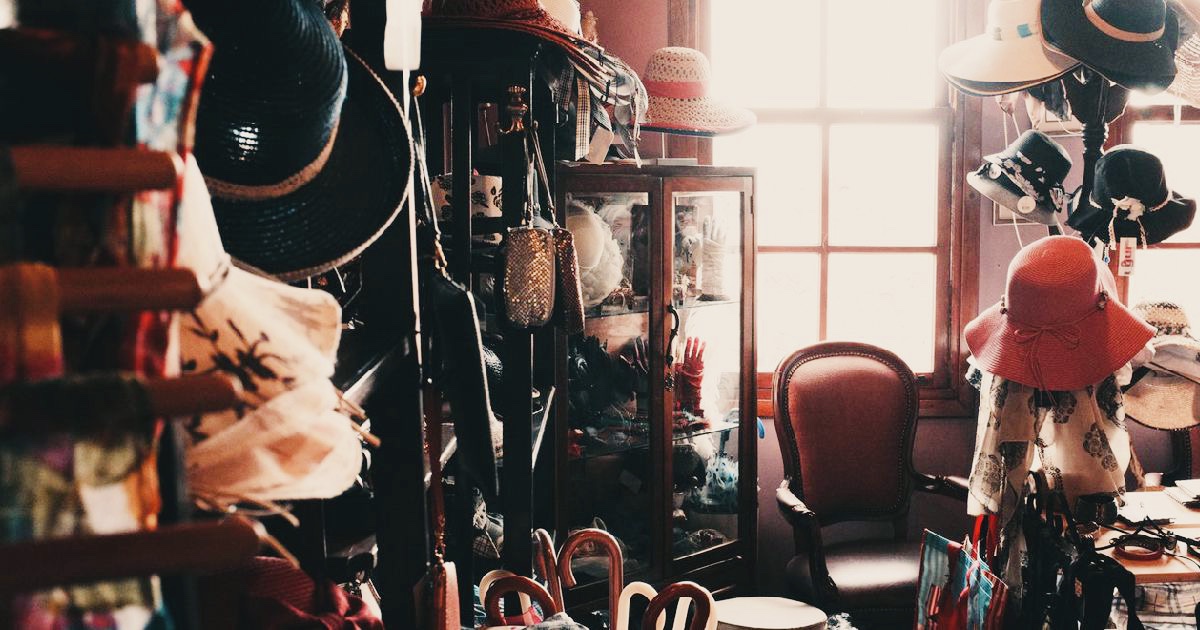 The other day I discovered a YouTube channel, Wild We Roam. It depicts a couple who lives a very simple but vibrant life in a van in Europe. They have an incredible video (see below) showing how they converted a Mercedes van from 1980 into a home!

When I saw this video, the first thing I thought was, “I could never do that, I have too much stuff!” It would be very hard for me to consolidate all my clothes and other possessions to fit in a van. The thought made me realize how much stuff I actually have and how attached I am to it.

And I’m not the only one who is too consumeristic to live in a van. Clutter and materialism are a problem for many Americans.

1. The average American home has 300,000 items. (LA Times)
2. Twenty-three percent of adults pay late fees on bills because they lose them. (Harris Interactive)
3. One out of four houses with two-car garages keeps so much stuff in it they can’t even fit a car in the garage. (US Department of Energy)
4. On average, every American throws away over 68 pounds of clothing. Per year! (The Huffington Post)
5. Americans spend about $1.2 trillion a year on non-essential items. (The Wall Street Journal)

The examples are nearly endless. Here is a sixth for good measure.

6.The average woman has a lot of clothes, but what’s even crazier is the amount the average woman actually wears. As Rebecca Keane said, “According to a new study by ClosetMaid, the average American woman has 103 items of clothing in her wardrobe. But she considers 21% to be ‘unwearable,’ 33% too tight and 24% too loose, according to a survey of 1,000 women. A further 12% of the wardrobe is occupied by new, unworn clothing, leaving just 10% available.”

These statistics helped me realize two things. First, I’m not the only one who “can’t help” but buy that candle, water bottle, pair of heels, mug, gadget, or book. But second, and more important, these statistics show the economic impact of clutter. Clutter and disorganization can waste time, money, and cause stress.

The global economy has made it possible for the vast majority of Americans to be able to afford a vast array of items. Many of us have taken advantage of that fact, but in the process, we have become overwhelmed with stuff.

Could you fit all your worldly possessions into a van? I definitely couldn’t. But maybe there’s a happy balance somewhere in between van living and extreme hoarding.

Catherine Alles is an Editorial Apprentice at the Foundation for Economic Education. In high school, Catherine competed in speech and debate and now coaches at her local club and at summer camps. In addition, she has led public speaking workshops at YMCA Youth in Government programs and community colleges. In August of 2018, she created a YouTube channel sharing some of her debate tips in lecture format. She loves group fitness classes, pouring latte art, watching the sunrise over Lake Michigan, and creating new dishes in the kitchen. You can follow her culinary creation journey on her food Instagram.

Why We Should Love China, Not Fear It