5. Walker gave $370,000 of his salary back to his community during his time as county executive 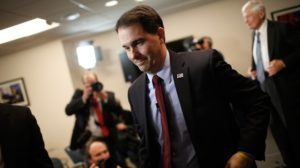 As a response to complaints that Milwaukee County officials were spending excessive amounts of tax payer money on lavish bonuses and pensions, then candidate Scott Walker, who was running for Milwaukee County Executive in 2002, pledged to voters he would cut the Executive position’s salary by $60,000 during his administration.

Not only did he keep his promise to cut unnecessary spending, but between 2004-2008, Walker returned a whopping $370,000 dollars of his own salary as county executive back to the local government where the money went to fund further public works and programs throughout Milwaukee.