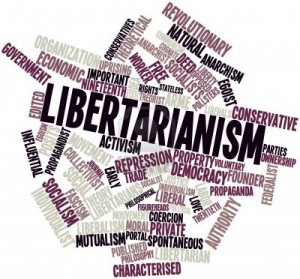 Libertarianism is not just a political theory, but it is also a philosophy for understanding certain aspects of human relationship, judging and explaining the path of human evolution and an attitude towards life. Many people claim to know nothing about libertarianism, but when they were told about it, they realised they were always been a libertarian. For those who are still confused about what they know has really something to do with libertarianism, then here are a few basic libertarian principles that will help you recognise who you are.

#1 Stand by their words and actions

Libertarians firmly believe that the individuals are the only responsible for the situation they find themselves in and the choices they make. Good or bad, they must face the consequences and avoid putting the blame on others if they don’t get the desired outcome of their actions. However, whether they succeed or not in their endeavours, their efforts, planning and foresight are the first thing that defines the result. They shouldn’t be afraid of the shame that their actions would bring, and courageously face even the worst of situations.

As libertarian’s basic fundamental value is maximum freedom, they also teach and promote other moral and religious principles despite their own religious beliefs. They believe that there should be complete acceptance of the beliefs and opinions of other individuals, rather than imposing their own theories on others. Every individual’s behaviour or belief is permitted as long as it doesn’t conflict with others’ freedom and life. An individual is allowed to live his life the way he wants if he doesn’t harm any other individual, even though the majority of the population disapproves his acts.

#3 Focus to improve rather than achieving perfection

Libertarian believes that life is a constantly changing process that would persistently bring new adaptation and challenges. According to them, it is impossible to achieve that perfect life or to create a perfect world where everybody is equal and all of our needs and wishes are fulfilled without a struggle. Libertarians are generally described as pragmatic and realistic in their beliefs and life’s challenges, and although they are settled with the world as it is, they wish to see the world change for the better. They believe only the individual’s efforts, knowledge and contentment will enable them to live a peaceful life.

Libertarians believe in the free market system, which means there should be unrestricted competition between businesses with no or little control of the government. They believe that there should be elimination of income taxes, social security and internal revenue service, so that the businesses and individuals can donate to help people who are less fortunate. Even Bydiscountcodes.co.uk can help you save tons of money and donate to charity. The concept of free market allows companies and individuals live without the help of government.

Thus, these are just a few things that could help determine libertarianism for individuals who wish to live on this ideology. Though, there are certain complex political and economic arguments, but they will barely have such impact on people who are not bothered about these debates and follow libertarian principles.