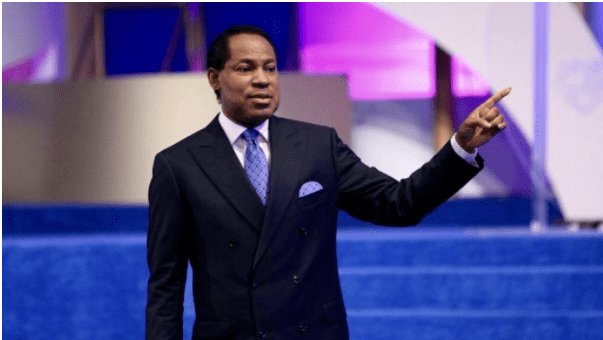 Look back at the most memorable moments of the ‘Year of Preparation’ with Pastor Chris Oyakhilome, the founder of LoveWorld Incorporated and the Christ Embassy Church.

Every first Sunday of the month, Pastor Chris Oyakhilome gathers his LoveWorld congregation for the announcement of the theme of the month at his monthly Global Communion Service. This year, the man of God has led his worldwide community through 12 different themes.

A recognized author, faith healer and television host, known by his followers as Pastor Chris Oyakhilome. He is the founder and president of LoveWorld Incorporated and the Christ Embassy Church, based in Lagos, Nigeria. The man of God has inspired millions of people worldwide with his unique teachings and sermons.

Pastor Chris Oyakhilome, born on December the 7th, 1963 in Edo State, Nigeria, was brought up by devoted parents who were faith supporters.

He started what would become one of the largest churches in the world, when he was still a student at university, with a small group called ‘Youth for Christ.’

Eventually, it grew into one of the most popular organizations of its kind on campus and served as the foundation of the future Chris Embassy and LoveWorld Inc. with millions of followers around the globe.

Pastor Chris: The Pioneer and Philanthropist

The LoveWorld ministry quickly became a pioneer in satellite television and Christian television production and programming.

LoveWorldSAT was the first Christian television station to broadcast from Africa to the rest of the world. Today, there are many LoveWorld television stations and digital platforms like KingsChat, CeFlix, Yookos and more, with a strong presence in Nigeria, South Africa, the United Kingdom, Canada and the United States.

As one of the most recognized and influential pastors in all Nigeria and the world, Pastor Chris Oyakhilome’s lessons continue to inspire the global communities.

Furthermore, Pastor Chris Oyakhilome is a passionate philanthropist that started the Chris Oyakhilome Foundation International (COFI), a non-profit and non-governmental organization with the mission to help the most vulnerable people and communities in some of the poorest countries and regions of the world.

He has established different partnerships with the mission of delivering vital services and hopes to the poor, needy and forgotten souls in the most undeveloped areas.

Under the auspices of COFI are the InnerCity Mission for Children (ICM), the Volunteer Medical Corps (VMC), the Trauma Care International Foundation (TCIF), the Bible for All Mission and the Future Africa Leaders’ Foundation (FALF).

Each one of these organizations works to improve the future of those most in need in different African countries.

The Theme of 2022 About to be Revealed

At the end of every year, he announces the prophetic theme for the new year at the New Year’s Eve Service on December the 31st.

You can follow the event live on the website of the Future Africa Leaders’ Foundation on December the 31st at 2 PM EST/11 AM PST.

From Change to Thanksgiving: Pastor Chris’ Themes of 2021

Before reaching the end of the year 2021, let us review what has happened in 2021, the ‘Year of Preparation.’

The global audience joyfully received January, the ‘Month of Celebration,’ and prepared themselves for a celebration throughout the month and beyond.

February was the ‘Month of Grace,’ where important confirmations were stated in the LoveWorld community. Because of the many changes and things happening in the world, Pastor Chris Oyakhilome declared March as the ‘Month of Change.’

During April’s Global Communion Service, the Christ Embassy founder asked his congregation to open their hearts to receive the ‘Month of Truth.’ May was the ‘Month of Illumination,’ where the worldwide audience expected deep insights and revelations.

Then, as traditionally every year, June was announced the ‘Month of Prayer,’ and Pastor Chris Oyakhilome stressed the urgency of prayer for the world.

July was revealed as the ‘Month of Joy,’ where different celebrations took place throughout the month. The month of August was declared the ‘Month of Praise,’ and the pastor asked his community to offer sacrifices of praise.

September came with many teachings and the ‘Month of Visualization.’

The last quarter of 2021 began with October, which continued to be the ‘Month of Visualization.’ November was a special month with many live events which Pastor Chris Oyakhilome named the ‘Month to Watch and Pray.’

During December’s Global Communion Service, the LoveWorld president revealed the final theme of the ‘Year of Preparation’ to be the ‘Month of Thanksgiving.’ His global congregation welcomed it with happiness, triumph and rejoicing.

As the ‘Year of Preparation’ is coming to an end, the LoveWorld community is looking forward to the New Year’s Eve Service, where Pastor Chris Oyakhilome will present the theme of 2022.

The New Years’ Eve Service is one of the most important events in the LoveWold Nation and will take place on December the 31st.

The live event will be available for everyone and will be broadcasted live on all LoveWorld TV Channels and digital platforms as well as on the Future Africa Leaders’ Foundation’s website.

At the Service, Pastor Chris Oyakhilome is expected to talk about the past ‘Year of Preparation’ and announce the theme of 2022. His global congregation is patiently waiting to hear his prophetical plan for the new year.

The award show celebrates young, inspiring African leaders who have made a positive impact on their local communities during the current year.

30 nominees were recently revealed at the FALA nomination show. 10 will receive special cash prizes that range from $10,000 to $25,000 for his or her contribution. Only one person will be named the Star Prize Winner.

Join the celebrations by sponsoring different humanitarian, political and social projects in Africa. Sponsor a project through the Future Africa Leaders’ Foundation.

What you need to know about legal Marijuana in California

What Does It Take for Domestic Violence Charges to Be Dropped?