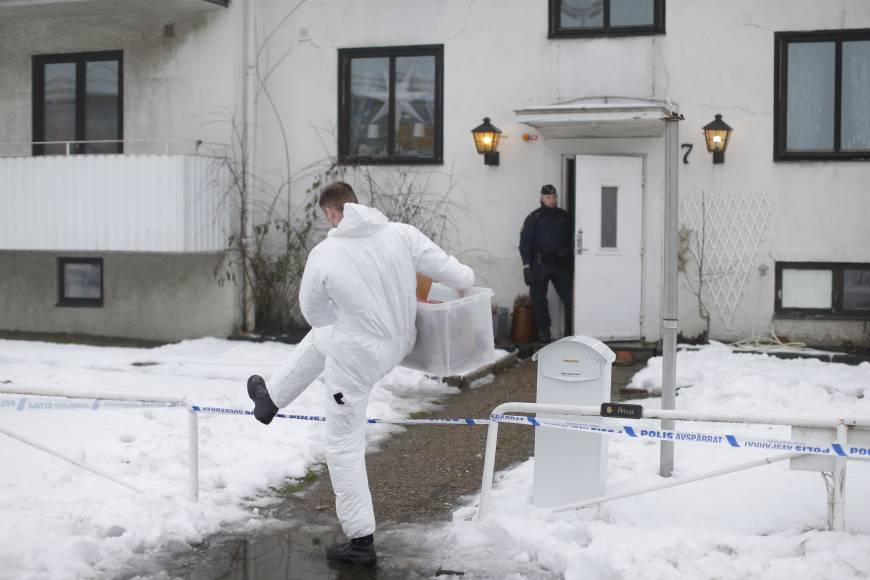 A 15-year-old refugee was charged with murder Monday after allegedly stabbing a 22-year-old employee of a refugee center in Sweden.

The incident took place at a small refugee home outside the city of Gothenburg where 10 unaccompanied teenagers between 14 and 17 years of age live. The motive behind the attack is unknown.

“It was messy with a lot of blood at the crime scene,” police spokesman Thomas Fuxborg said at a press conference. “The perpetrator had been neutralized by other residents [at the refugee center] before police arrived.”

Swedish police responded to 322 reports of violence at refugee homes in 2015 — more than twice as many as in 2014. A knife fight between asylum seekers in the city of Halmstad ended in multiple reported stabbings just last week. The unprecedented violence is putting a huge strain on resources at the moment according to National Chief of Police Dan Eliasson.

“We are forced to respond to the violence at refugee centers in much more than what people realize,” Eliasson told news agency TT . “In some areas of Sweden it is eating up significant resources of the police.”