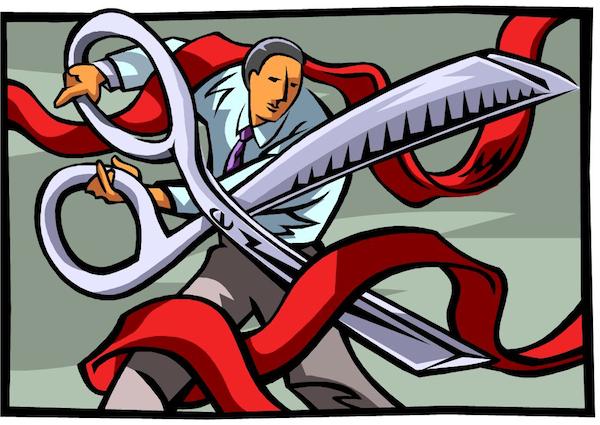 “There’s no way to rule innocent men. The only power any government has is the power to crack down on criminals. Well, when there aren’t enough criminals, one makes them. One declares so many things to be a crime that it becomes impossible for men to live without breaking laws.” -Ayn Rand

Every year, at every level of government, more regulations are always being implemented. These regulations either stifle small business and economic growth, or are the signs of an encroaching nanny state. Business Insider just compiled a list of some of the government’s more ridiculous new laws across the nation.

1. Texas now states that all incoming computer repair technicians have to acquire a private investigator’s license. Becoming a PI isn’t a cakewalk. It requires a criminal justice degree, or completing a three-year apprenticeship with a licensed private investigator. If you’re a computer repair technician that violates this law, or if you have your computer repaired by someone not in compliance with the law, you can be fined up to $4,000 and you can be put in jail for a year.

2. Good thing I don’t live in Philadelphia, where all bloggers have to purchase a $300 business privilege license. The city had the gall to crack down on a lone woman who had earned a measly $11 from her blog over the past two years.

3. Being a monk in Louisiana ain’t easy. The state decrees that monks must be fully licensed as funeral directors and actually convert their monasteries into licensed funeral homes before they will be allowed to sell their handmade wooden caskets.

4. Children in daycare centers in Massachusetts are required by state law to brush their teeth after lunch. The nanny state even provides the fluoride toothpaste for the children. Conspiracy theorists, discuss.

5. Washington D.C. is cracking down on those out of control tour guides. If you attempt to give a tour without a license, you could be put in prison for 90 days.

6. In 2010, Federal agents raided an Amish farm at 5 A.M. because they were selling “unauthorized” raw milk. You know, because the Amish are wreaking havoc on our society.

7. In Lake Elmo, Minnesota, don’t try to sell a seasonal item not grown in your city. Farmers can be fined $1,000 and put in jail for 90 days for selling pumpkins or Christmas trees that are grown outside city limits.

8. Don’t free Willy. A U.S. District Court judge issued a $500 fine to Massachusetts fisherman Robert J. Eldridge. His crime? He set free a whale tangled in his nets, without waiting for authorities. Yes, because you really have time to wait for authorities when a whale is dying in front of you.

9. My dreams of being a reclusive cat lady can sadly never come true in Dudley, Massachusetts. It’s too expensive! If you own more than three cats, you can be fined $100 a day, unless you have a special cat owning license.

10. As if submitting all of your personal information to the IRS wasn’t bad enough, there is a new regulation concealed within the massive health care reform bill that requires U.S. businesses to file millions more 1099s each year. It is estimated that the average small business will now have to file 200 additional 1099s every single year. Small businesses are dealing with a nightmare if they are trying to run or start an enterprise. However, avoiding this rule is futile. The IRS has allegedly hired 2,000 new auditors to audit as many of these 1099s as possible.

11. Even when your business goes belly up, the government makes the process more difficult. The city of Milwaukee, Wisconsin rules that in order to close down a business, you have to purchase an expensive license and submit a huge pile of paperwork, marking off what you wish to sell off. You’re also required to pay a fee to the city based on the length of your “going out of business sale”, plus the state earns two dollars for every $1,000 worth of inventory that you are attempting to sell off. It’s only fair the state takes their cut, considering they put you out of business in the first place.

12. The FDA is predicting that the food service industry will have to spend an additional 14 million hours every single year just to comply with new federal regulations. New mandates decree that all vending machine operators and chain restaurants must label all products that they sell with a calorie count in a location visible to the consumer. 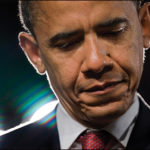 WATCH: Poor Blacks In Chicago Respond To Obama’s State Of The Union (VIDEO) 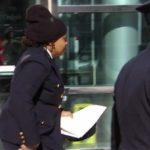