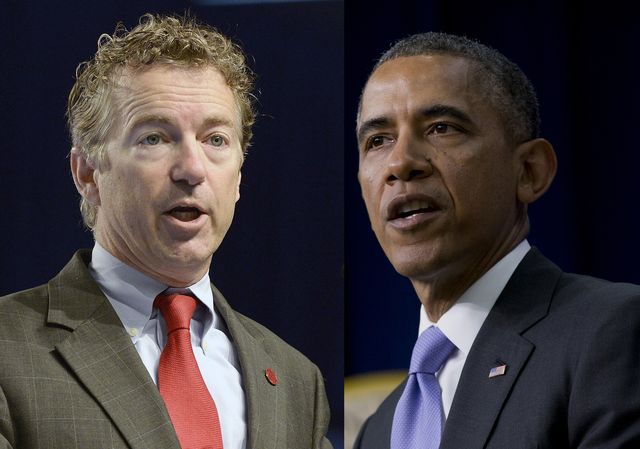 If you’ve been following the news cycle over the past few days, you’ve likely heard the “controversy” surrounding Senator Rand Paul (R-KY) over his support for voluntary vaccination. With the 2016 Iowa Caucuses less than a year away, reporters were urgent to ask every potential presidential contender his or her opinion on the matter. Additionally, the press corps made sure to bring the issue up on Tuesday. However, perhaps to their surprise, Press Secretary Josh Earnest refused to say that President Obama would endorse mandatory vaccination. Asked the question at least 9 different times, Earnest would only say that Obama strongly urged all parents to vaccinate their children and that there should be no need for a federal law.

In fact, at one point, a reporter asked what difference there was between Obama’s position and Paul’s. Earnest was unable (or perhaps unwilling) to articulate any distinction. Since Earnest’s statements on the matter, there has been suspiciously no accusations of anti-vaccination fervor directed at the Obama White House, as opposed to the dozens of such stories aimed at Senator Paul. One might wonder if the reporters at the press briefing actually sunk their own attacks on Paul by attempting to bring the President into their aspiring hatchet-job. If Obama had simply endorsed mandatory vaccinations, they could continue to fear-monger on Paul’s pro-liberty position. But with Obama unwilling to take such a stance, they are left without a leg on which to stand.

Obama’s stance has actually perhaps moderated since 2008, when he called for more research into whether there was some correlation between vaccines and autism. His biggest rival for the Democratic presidential nomination, then-Senator Hillary Clinton stated that, “We don’t know what, if any, kind of link there is between vaccines and autism — but we should find out.” Additionally, Republican nominee Senator John McCain (R-AZ) stated that there was “strong evidence” of a connection between vaccines and autism. Viewed in comparison with these former leaders in their respective parties, Senator Paul seems like the voice of reason; he has consistently supported the vaccination of children and has never given credence to the long-debunked claim that they are somehow linked to autism.

Senator Paul brought an effective end to the misrepresentations of his vaccine position on Tuesday when he posted on Facebook a picture of himself receiving his booster vaccine. While some attacks may continue, pictures are worth 1,000 words, and that visual seems enough to make the message clear that Paul is both strongly in favor of vaccination and completely against force being used to mandate them. However, this vaccine “issue” was less about the actual topic and more about the false reporting. By seeing this story blossom throughout the week, we were able to get just a small preview of what is to come in 2016.

No matter what the topic is, the mainstream media will do its best to mislead the public on Senator Paul’s positions.

As presidential election season nears, the media has already decided how they will portray each candidate. They will use anything they can to substantiate their allegations, no matter how much they have to distort or misrepresent actual events. In the coming months, Paul will continue to be portrayed as someone who wants a dangerous amount of liberty (as if there actually is such a thing) and will place the country in turmoil. No matter how much sense his policies may make, commentators will simply scoff and roll their eyes in an attempt to discredit his beliefs as “unrealistic.”

We have a responsibility as lovers of liberty to call out such unfairness, and battle such insults with those weapons which are nearly always on our side: facts.
[divider]Sponsored[/divider]

Ever considered running for office? Get our informational packet with all the data that you need to run, and win, an election. Click our sponsor’s link below for more information.
Click Here! 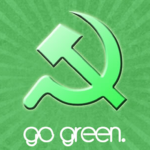 UN Climate Chief: We Are Remaking The World Economy 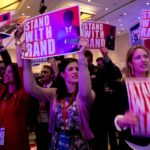