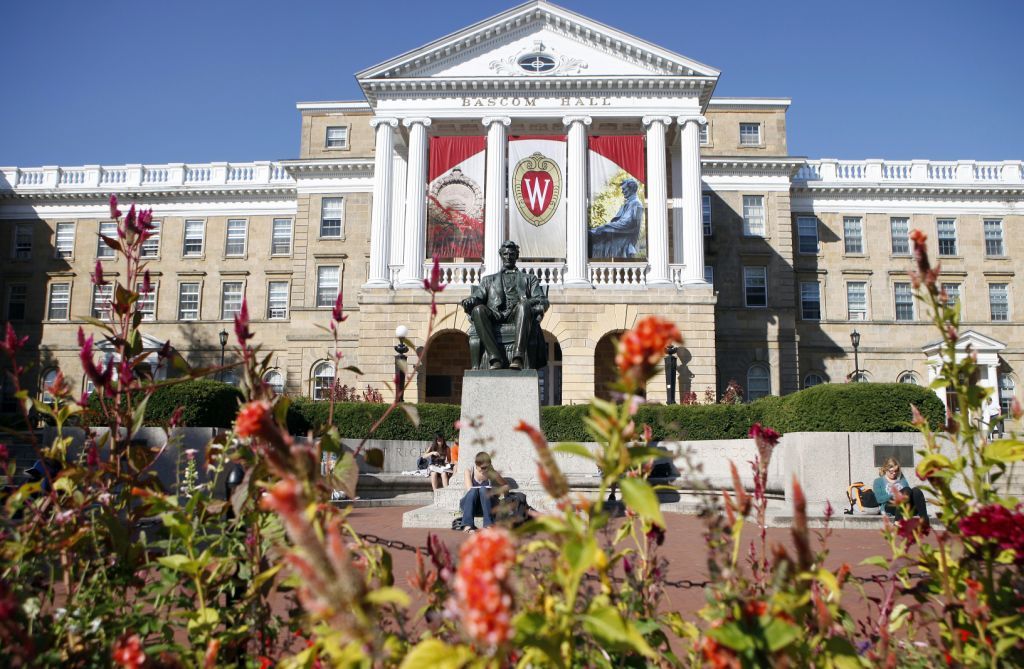 The University of Wisconsin, Madison has debuted an anti-Trump art show and sale that includes exhibits that depict everything from a bleak sky to a woman being penetrated by an oil pipeline.

The Wisconsin Union Directorate Art Committee is displaying the art show, entitled “First 100 Days,” from Saturday, April 29 to Wednesday, May 24.

“Artists from all political backgrounds are welcomed and encouraged to submit a work for consideration,” noted the committee, but the MacIver Institute exclusively described projects that depict President Trump’s first 100 days in a negative light.

“Here we have a somewhat crude portrait of Donald Trump,”  Mike Lind, a student at UW, in his portrait’s description,told MacIver Institute. “The surface is thin, crusty, orange, smudged, and frankly, disgusting. In fact, the painting appears to be all surface – this portrait has very little depth or intelligence, it’s just a façade. Overall, it’s a pitiful, embarrassing excuse for a painting.”

Lind is asking for $74 for his painting.

Peg Orcutt, a resident of Madison, Wisc., painted a dismal, black-and-blue horizon entitled “The Sky Is Falling.” Orcutt is selling her portrait, which depicts her  “dismay over the results of the 2016 presidential election and my concern for the future of the country” for $2,000.

“This image briefly concludes what happened to the Indian tribe,” said Lindi Shi, a UW student painter, contextualizing the Dakota Access Pipeline-related portrait. “I can’t believe Trump would do anything for economic benefit. I would like all viewers to think about the relationship between humans and nature.”

“When choosing the work to include, organizers specifically did not consider the political viewpoint expressed  – they felt it was important to be open to all viewpoints,” Meredith McGlone, a spokeswoman for UW, told The Daily Caller News Foundation. “Every submission received was included in the exhibit.”

Mcglone also stated that no tax dollars funded the exhibit.

Another exhibit also occurred recently at UW recently, depicting the final project of students enrolled in the school’s “The Problem of Whiteness” course.

The DCNF also reached out to the Wisconsin Union Directorate Art Committee about the art exhibit, but received no response in time for publication.