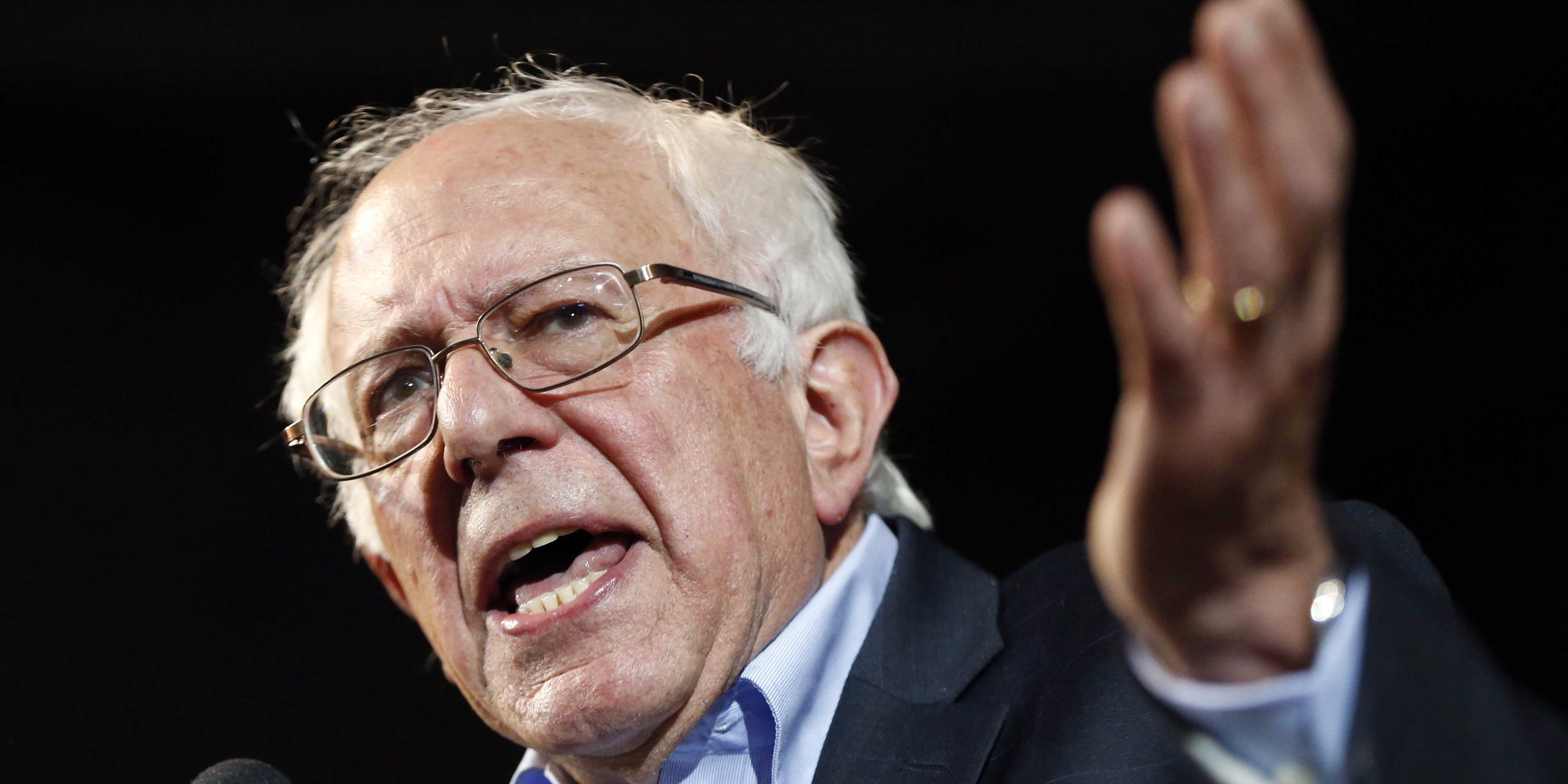 “When you accept money in payment for your effort, you do so only on the conviction that you will exchange it for the product of the effort of others. It is not the moochers or the looters who give value to money. Not an ocean of tears not all the guns in the world can transform those pieces of paper in your wallet into the bread you will need to survive tomorrow. Those pieces of paper, which should have been gold, are a token of honor–your claim upon the energy of the men who produce. Your wallet is your statement of hope that somewhere in the world around you there are men who will not default on that moral principle which is the root of money, Is this what you consider evil?”

As I have covered before, Bernie Sanders wears his Marxist ideals on his sleeves. It’s seen in his Berlin Wall style  stance on immigration, his promise of “free” college, his authoritarian solutions on issues like regulating Uber, and his false belief that healthcare is a human right. I’m not afraid to call Bernie Sanders and his supporters stupid; minimum wage is a joke and doesn’t fix the real income problem, the Federal Reserve is the biggest Ponzi scheme invented, and the taxing wealth out of existence will not lead us to prosperity.

“The minimum wage was established in the late 1930s to set a baseline for fair wages and establish a decent quality of life for working people and their families. In recent years, lawmakers have failed to increase the minimum wage to keep with current inflation. In fact, when measured in constant dollars, it is now lower than it was five decades ago.”

Here are the facts you can pull out of that statement alone:

In her article, she brings up a false analogy to try and play on people’s emotions:

Fernandes being the liberal sacrifice in her article, died of carbon monoxide poisoning sleeping in her car she lived in which was parked in the parking lot of the Dunkin’ Donuts she worked in while working for minimum wage. This scapegoat “blame the rich” mentality is sickening, no one has the right to money, it is earned through work and created through labor. What would Fernandes have done if she was on the dole? Probably have still died in her car since a significant number of people on welfare decide simply they don’t want to find a job because others will work in order to provide for them. Still, how evil it is that she had to work to earn her pay (insert sarcasm here)! She, a regular DD server, is obviously entitled to the money of the person who runs the entire business! Please, don’t just take my word on Bernie’s distorted minimum wage plan being absolutely terrible, Reason.com covered this a while back. Some of their findings included:

2. The states are already taking care of it. Twenty states and the District of Columbia already have minimum wages higher than the current federal minimum of $7.25 an hour.

3. Private industry and the free market are already taking care of it. Even low-skill, entry level positions in many areas already pay higher than minimum wage.

4. As an anti-poverty tool, it is a blunt instrument. A post by David Henderson cited by the chairman of the Harvard Economics Department, Greg Mankiw, points out, a lot of minimum wage earners are second or third-job holders in households with other income. That could include a teenage summer employee whose parents both have jobs. Other minimum wage workers may include retirees with income from savings and Social Security who own their homes mortgage-free.”

Another statement she throws out is this:

“It’s true that calculating MNC pay ratios could prove tricky, especially for those who pay sweatshop wages to their overseas workers. Factoring in dollar-a-day wages could, after all, broaden pay ratios to obscene levels. It’s also true that people are more likely to rise up against their own exploitation when they are more aware it.”

What’s wrong with sweatshops? Hello! What is this false narrative that people are affixed to their low level work for their entire lives? In fact, sweatshops have done more to take people out of poverty than any government program, just ask economist Bob Weeks:

“While sweatshops are not the place most Americans would choose to work, they are often the best alternative available to workers in some countries. Pay is low compared to U.S. standards because worker productivity is low, and the process of economic development will lead to increases in productivity and pay. But most policies promoted to help the purported plight of sweatshop workers actually lead to harm.”

Inequality is the product of market competition but because of markets, social mobility is possible; whereas in the Bernie Sanders socialist Thunder dome of shared misery, we’re all forced to carry the burden of the welfare state. The Dunkin’ Donuts employee’s death is sad, but to claim that raising the minimum wage would have fixed her woes is preposterous, childish, and ultimately irresponsible thinking.

We need to follow the words of President Calvin Coolidge, “the business of America is business;” end corporate welfare, slash regulation, and let free enterprise lead the way.