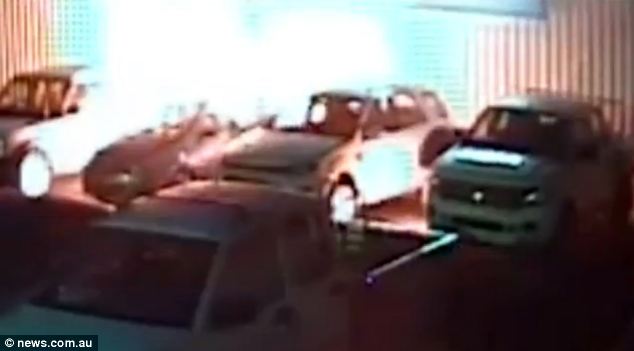 “I fell in to a burning ring of fire…”

MILLICENT, AUSTRALIA – Regular readers of The Libertarian Republic know how much we love stories about stupid criminals receiving swift justice. This story out of Australia is no different. A gas thief would have been nominated for a Darwin award if he hadn’t survived the blast when he lit a cigarette while stealing gasoline.

The thief was spotted on CCTV as he fled from the fiery inferno he had set. Police called to the scene spotted him hiding in the bushes nearby with severe burns to his legs.

Total damages to the vehicles ran about $100,000 . The man has been arrested and charged with arson and illegal interference with a motor vehicle.

Sometimes the best justice is the justice that comes before the state can even intervene. In a case of instant justice, an attacker playing the “knockout” game got his own version of swift justice.

In a cell phone video released on WorldStarHipHop, a woman takes revenge on a man who attacked her, with her boyfriend leaping in to help her beat the ever-loving hell out of a man who assaulted her.

Let this be a lesson to anyone engaging in random attacks on the street. And also, here’s a tip. You should only engage in this practice if you’re in a gun free zone. Otherwise well… this is America. Duck motherf***er!

Is extending unemployment benefits doing a “disservice” to the unemployed?