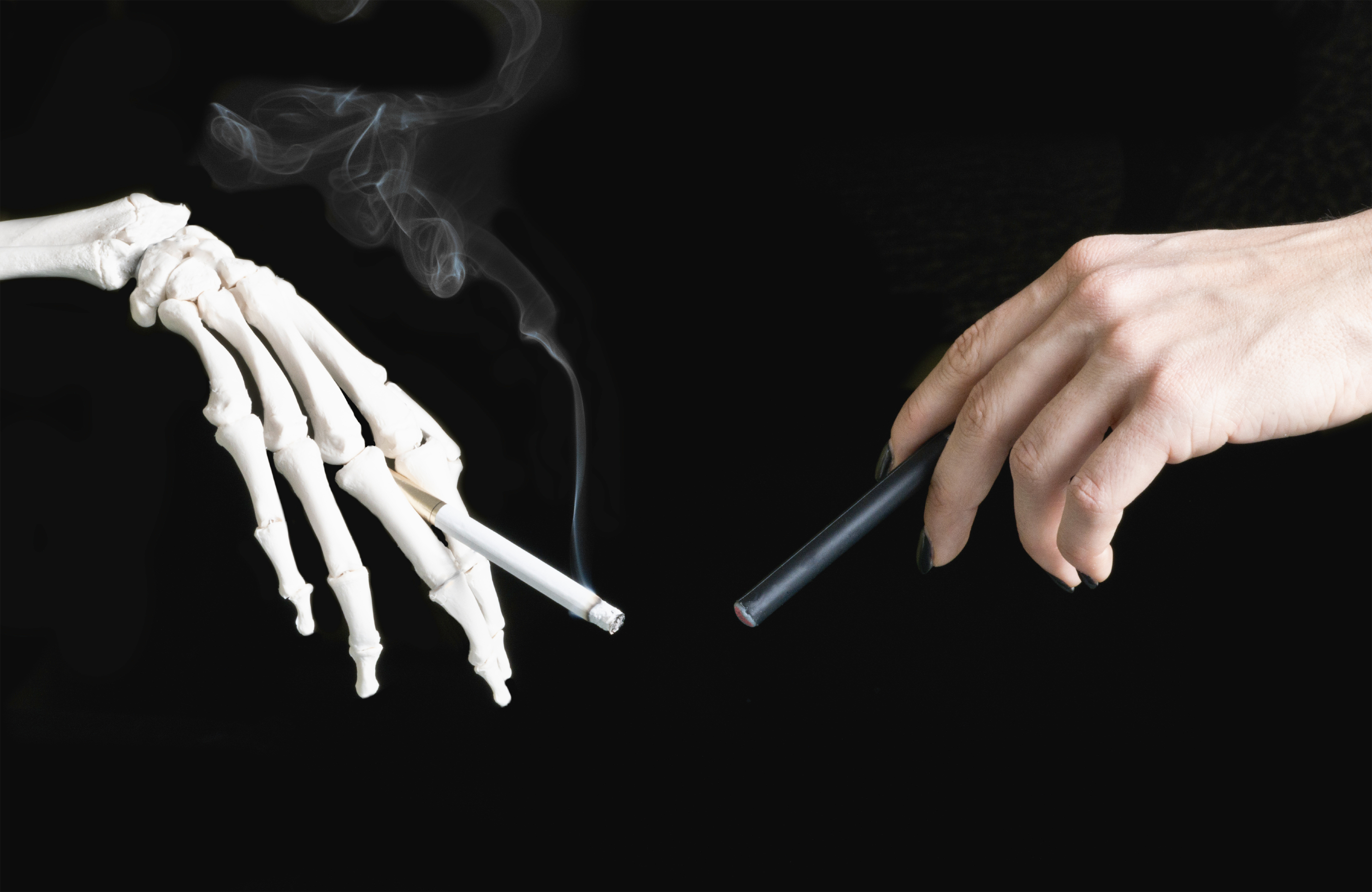 A new study calls into question one of the most frequently cited arguments for regulating e-cigarettes and doubting their potential to reduce harms caused by smoking.

Published in Regulatory Toxicology and Pharmacology, the study shows levels of the carcinogen formaldehyde emitted from e-cigarettes are significantly lower than levels found in regular cigarettes. E-cigarettes work by having the heating coil boil the e-liquid to a point where vapor is produced and then inhaled. The study directly clashes with a letter published in the New England Journal of medicine.

Not only that, but e-cigarettes need to be turned to such a high power setting to produce anything close to hazardous levels of formaldehyde that it’s wildly unrealistic that vapers are in any significant danger from the chemical. This condition is known as “dry puff.”

“It burns the nose. It burns the throat. It’s very, very unpleasant. No vaper is going to just sit there and inhale that. It kind of forces the vaper to just shut it off entirely,” Kurt Kistler, a chemistry professor at Pennsylvania State University and co-author of the study, told Motherboard.

The results directly contradict a letter published in the New England Journal of Medicine that warned e-cigarettes exposed vapers to dangerous levels of formaldehyde. The letter was subsequently mired in controversy over its accuracy.

Researchers at Enthalpy Analytical in North Carolina analyzed five different e-cigarettes. “There needs to be context because the term ‘electronic cigarette’ is not just one thing. E-cigarettes include a huge variety of devices, power settings, wattage control, voltage control, and even temperature control,” said Kistler.

Three of the devices turned to their highest setting produced levels of formaldehyde of less than one milligram each per day. This compares favorably with a pack of cigarettes, which exposes a smoker to 1.5-2.5 mg of formaldehyde. Even more reassuringly for vapers, the level of formaldehyde emitted by those three e-cigs was far lower than the 5.3 mg exposure the Occupational Safety and Health Administration deems acceptable in the workplace.

Kistler’s findings are in line with an array of e-cigarette researchers who conclude high levels of formaldehyde emitted from the devices largely depends on the power settings being at such a high level that no vaper could, in fact, use it.

One device tested was, however, emitting levels of formaldehyde far in excess of tobacco cigarettes. But the most likely explanation for these abnormally high levels, according to the researchers, is that a part of the e-cigarette — the coil — had become overheated after all the e-liquid was used.

“Our results demonstrate that large differences exist in the EC devices available in the marketplace, and that, depending on the device, changes in power applied to the atomizer can have dramatic, but different, impacts on both total aerosol yield and the formation of aldehyde compounds in the EC aerosol, with some devices far more capable than others of maximizing liquid aerosolization while minimizing thermal decomposition at higher power levels,” the study concluded.

Teachers Unions Bully The Very Teachers They Claim To Protect