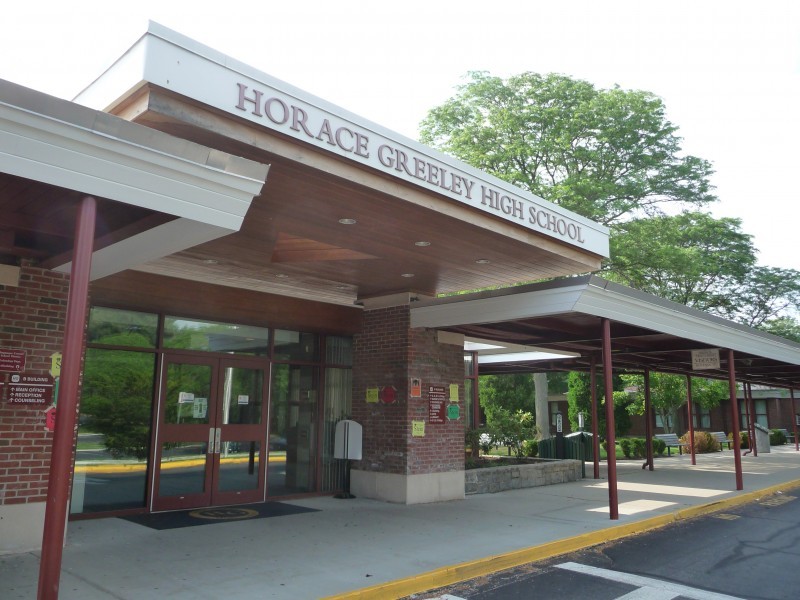 An elite high school in New York argues that it shouldn’t bear any responsibility for students alleging they were sexually abused by a teacher, on the grounds that any harm they suffered was due to the students’ own recklessness and “negligence.”

Christopher Schraufnagel is accused of sexually abusing several high schoolers between 2011 and 2015 while working as a drama teacher at Horace Greeley High School in Chappaqua, which has been rated as the best public high school in the country. While Schraufnagel’s criminal case is still pending (oddly, he still hasn’t been indicted despite being arrested nine months ago), four of his alleged victims are suing the Chappaqua Central School District for unspecified damages, claiming the district deserves some of the blame for allowing Schraufnagel to abuse them.

Each of Schraufnagel’s alleged victims in the lawsuit were 15 when the alleged abuse occurred. Among other things, they accuse him of groping students, pressuring them to perform oral sex on him, asking them to provide photos of their genitals, and providing students with drugs and alcohol on school grounds. He’s also accused of masterminding strange games like “Sick Secret Santa,” which reportedly involved “placing human feces in coffee cups, photo-shopping images of students in various photographs in a prurient and otherwise improper manner and baking pubic hairs in cakes.”

The lawsuit argues that the school should have monitored Schraufnagel more closely in order, and that by failing to do so they allowed the abuse to continue for years. The district’s response, according to newly-filed court documents, has been to argue that Schraufnagel’s victims brought the abuse on themselves.

“If the plaintiffs were caused to sustain injuries and damages at the times and places and in the manner alleged in the complaint … [they were] caused or contributed to by reason of the carelessness, recklessness, negligence and/or assumption of the risk, both implied and expressed, of the plaintiffs,” the documents say.

One alleged victim’s mother is furious at the insinuation her son is to blame for his own abuse.

“How could you possibly think a child could be to blame for this, in what you think is a safe environment?” the anonymous mother told NBC4 News Tuesday. The mother also said Schraufnagel had introduced her son to cocaine, which led to a more generalized drug problem and an eventual near-fatal overdose.

Despite the backlash against their legal claim, Chappaqua Central School District isn’t commenting on the matter, due to a general policy against commenting on ongoing litigation.

Race Relations More Negative Today Than Any Other Time This Century